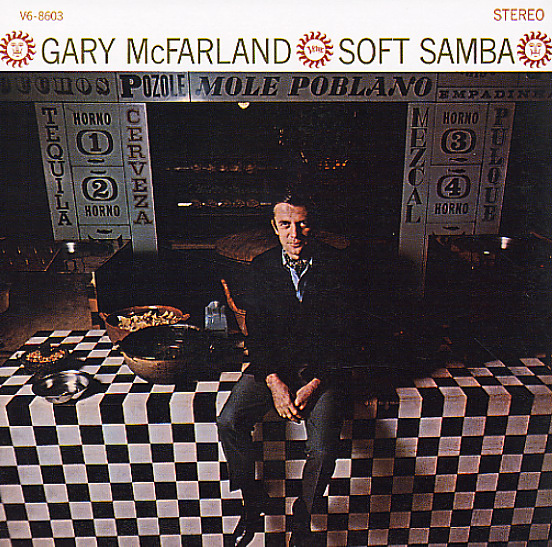 A dream of a record from Gary McFarland – lightly jazzy instrumentals with a warm bossa nova undercurrent! The style is incredible – a sweet blend of vibes, guitar, and even some light whistling – often also featuring wordless jazz vocals – scatting along with the groove in a melodic and lovely kind of way! The whole thing's incredibly charming, and even familiar tunes come across sounding quite different in McFarlands hands. Titles include "From Russia With Love", "More", "Emily", "La Vie En Rose", "The Love Goddess", and even a groovy take on "I Want To Hold Your Hand". For you true swingers, the cover includes directions for mixing a "Soft Samba Cocktail" (courtesy Spanish Sherry Institute)!  © 1996-2023, Dusty Groove, Inc.