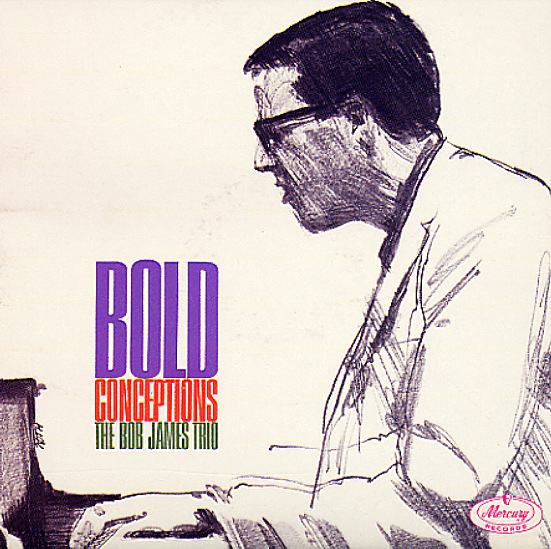 Early early work by Bob James – recorded years before his classic 70s sides on electric piano, and in a brightly modern mode that recalls the spirit of Steve Kuhn and Paul Bley at the time! The set's a trio session – produced by Quincy Jones, who'd heard the young James and rushed him into the studio. Bob's playing in a group that includes Ron Brooks on bass, and the great Bob Pozar on drums – who went onto do some of his own excellent avant work in later years. The tracks are relatively straight, but have some nice jagged edges at times – and light experimentation that makes the set way more than just a standard piano trio session! Titles include "My Love", "Moment's Notice", "Quest", "Trilogy", "Nardis", and "Birk's Works". CD features bonus tracks – "Fresh As Morning" and "Ghost Riders In The Sky".  © 1996-2023, Dusty Groove, Inc.

Perceptions
Mercury (Japan), 1978. New Copy
CD...$13.99 16.99 (LP...$4.99)
Charles Earland really soars to the heavens here – working in a style that's very different than his early jazz albums on Prestige, but which still features plenty of great solo moments too! Earland's key partner in crime here is the great Randy Muller – the man behind the sound of ... CD