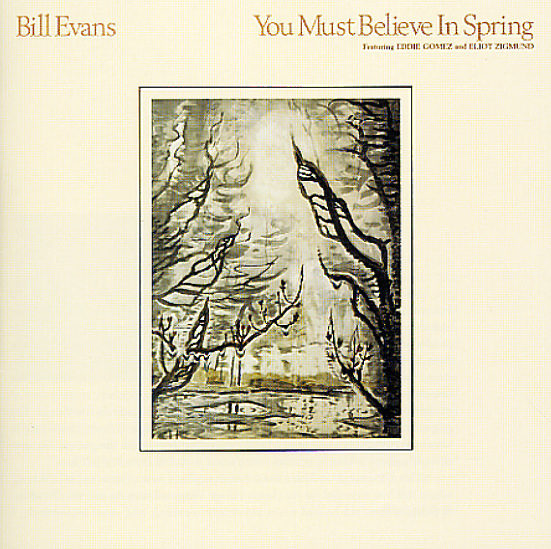 You Must Believe In Spring (SHMCD pressing – with bonus tracks)

Also available
Bill Evans — You Must Believe In Spring (with bonus tracks) ... CD 14.99
Wonderful late work from piano legend Bill Evans – a set that was recorded in 1977, but not issued until after his death in 1980 – at which point it became an instant essential in his catalog! As with so many of Bill's 70s recordings, the session benefits from the bass work of Eddie Gomez – rich, round, and warm – a perfect accompaniment for Evans' sometimes faltering piano work at the time – and a player that Evans was incredibly lucky to be working with during much of his later years. Elliot Zigmund is on drums, a beautifully sensitive player – and the set includes a sublime version of Michel Legrand's "You Must Believe In Spring", plus the tracks "Theme From Mash", "The Peacocks", "Sometime Ago", and "Gary's Theme". CD also features 3 previously unissued bonus tracks – "Without A Song", "All Of You", and "Freddie Freeloader".  © 1996-2023, Dusty Groove, Inc.