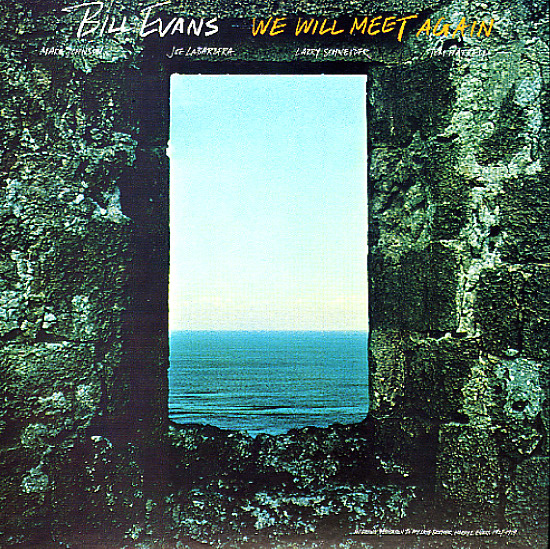 We Will Meet Again (SHMCD pressing)

One of the few larger group Bill Evans sessions from the later years – an album that features sax and flute from Larry Schneider and trumpet from Tom Harrell – in addition to core trio instrumentation from Bill on piano, Marc Johnson on bass, and Joe LaBarbera on drums! The added horns really make the session sparkle – and although those players aren't on every number in the record, when they do show up they really help change the sound nicely from overly familiar Evans trio modes. Bill plays a bit of electric piano on the set – especially beautifully on the track "Only Child" – and other titles include "Comrade Conrad", "Peri's Scope", "We Will Meet Again", "Bill's Hit Tune", "Laurie", "Five", and "For All We Know".  © 1996-2023, Dusty Groove, Inc.