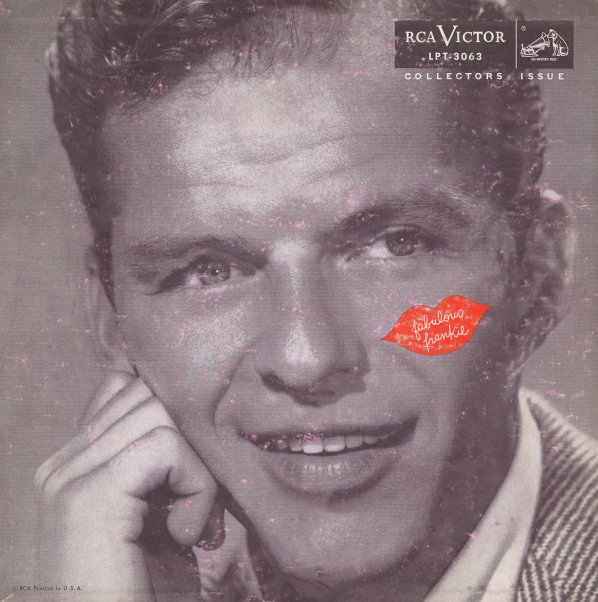 With the Pied Pipers & Tommy Dorsey Orchestra.
(Cover has some surface wear & aging, with ink stamp & name in pen on the back.)

Love Is A Kick
Columbia, Late 40s. Very Good+
LP...$4.99
Love is definitely a kick in the hands of Frank Sinatra – especially when handled by some swinging gems from his early years at Columbia Records! This collection's a bit more upbeat than some of the full albums that Columbia issued of earlier singles in the 50s – and focuses on the ... LP, Vinyl record album

Pal Joey
Capitol, 1957. Very Good+
LP...$5.99
A soundtrack as important to the sound of Sinatra on Capitol Records as High Society – maybe even more so, as it features seminal readings of Rogers & Hart standards "Bewitched", "I Could Write A Book", "The Lady Is A Tramp", and "There's A Small ... LP, Vinyl record album