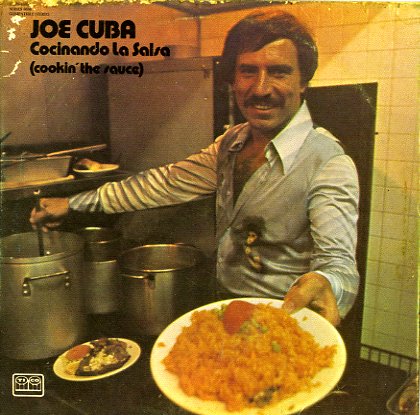 A really great record by Joe Cuba – recorded a few years later than his Latin Soul material, but a tight batch of salsa cuts that proves that Joe sure wasn't sleepin' in the 70s! Arrangements are all great – by the likes of Joe, Sonny Bravo, Louie Ramirez, and Marty Sheller – and the tunes bounce along with lots of nice jazzy touches, showing that the small combo Cuba mode more than had its power in place – that sharp-edged Joe Cuba groove that's still alive and well at the time, adapted to slightly modern modes, but still plenty darn soulful. Louie Ramirez plays vibes and keyboards, Jimmy Sabater is on timbales, and Sonny Bravo plays piano. Tracks include "Salsa Ahi Na Ma", "Joe Cuba's Latin Hustle", "Ataca De Nuevo", and "Quinto Sabroso". Very tasty!  © 1996-2021, Dusty Groove, Inc.
(Mexican pressing. Cover has one bumped corner, but is nice overall.)

Goin' Loco
Tico, Early 60s. Very Good-
LP...$19.99
Joe Loco was one of the most amazing early Latin piano talents, and in an album like this, you can really hear him go to work in a savage way! On this set, Joe moves all over the keys in a number of different ways – from heavy left-handed stride playing, to light and lovely jazz soloing, to ... LP, Vinyl record album