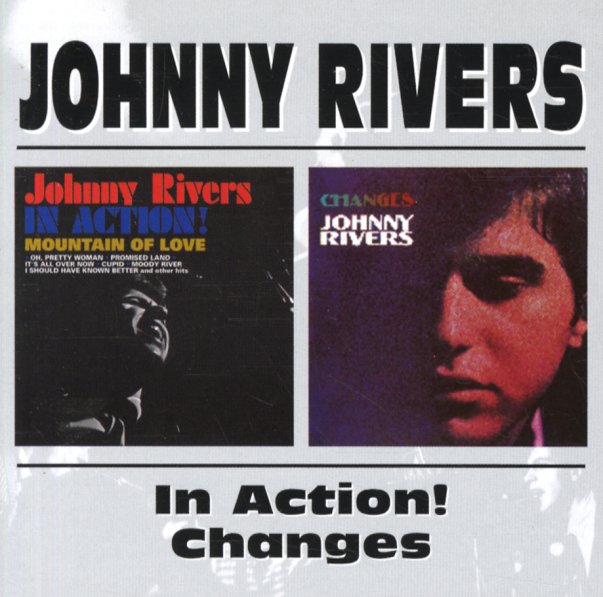 A pair of mid 60s cookers from the mighty Johnny Rivers – back to back on a single set! In Action is a record from a time when Rivers was still drawing big crowds on the Sunset Strip – and features that tight, catchy approach that was such a huge hit – jaunty guitar lines set up in lean rhythms that are heavy on bass and drums – topped by vocals that never seem to get in the way of the instrumentation! Titles include "Mountain Of Love", "Promised Land", "What Am I Doin Here With You", "Moody River", "It's All Over Now", "Rhythm Of The Rain", and "Keep A Knockin". Changes is a well-titled set from the second chapter in the career of Johnny Rivers – a record that has him stepping into deeper, more sophisticated territory than before – with some slightly larger arrangements put together by the great Marty Paich! There's still plenty of those groovy rhythms that helped put Rivers at the top of the charts, but Johnny's also opening up his range of material, and getting a bit more introspective at times too – on titles that include "Cast Your Fate To The Wind", "Days Of Wine & Roses", "If I Were A Carpenter", "Getting Ready For Tomorrow", "Poor Side Of The Town", and a great cover of "California Dreamin".  © 1996-2023, Dusty Groove, Inc.