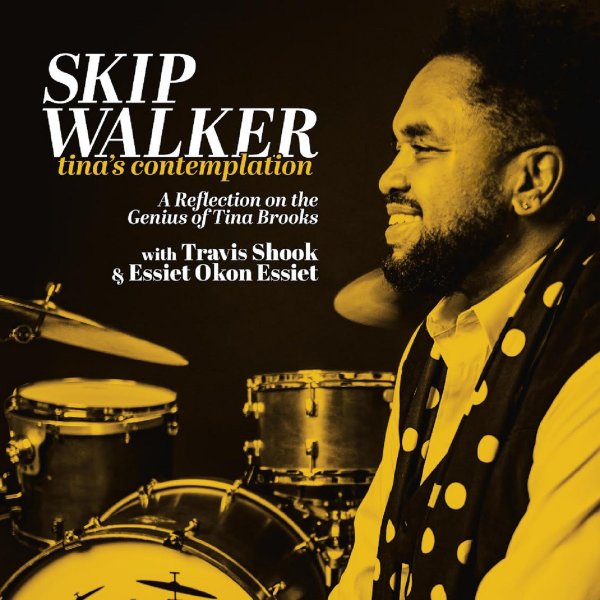 Tina's Contemplation – A Reflection On The Genius Of Tina Brooks

Skip Walker's a drummer, but he serves up a great tribute to legendary Blue Note tenorist Tina Brooks – an artist who only gave the world a handful of albums before passing from this sphere way too soon – and one who's left an indelible legacy on modern jazz! Rather than serve up a tenor-heavy take on the tunes, Walker instead takes his "reflection" in the title seriously, and does a great job of really reinventing the music – working in a trio format with some superb work on piano from Travis Shook and bass from Essiet Okon Essiet – a great pair who really push things in a nicely different direction – a mix of soulful rhythms and lyrical energy, almost as if the Three Sounds were asked by Blue Note to handle an album of Brooks' songs. Yet not all tunes are originals by Tina, as Skip and Travis have some of their material on the album – in a set that includes "Back To The Tracks", "Tina's Contemplation", "Good Old Soul", "Gypsy Blue", "Dhyana", "Home Grown", "For Heaven's Sake", and "A Call From Tina".  © 1996-2022, Dusty Groove, Inc.