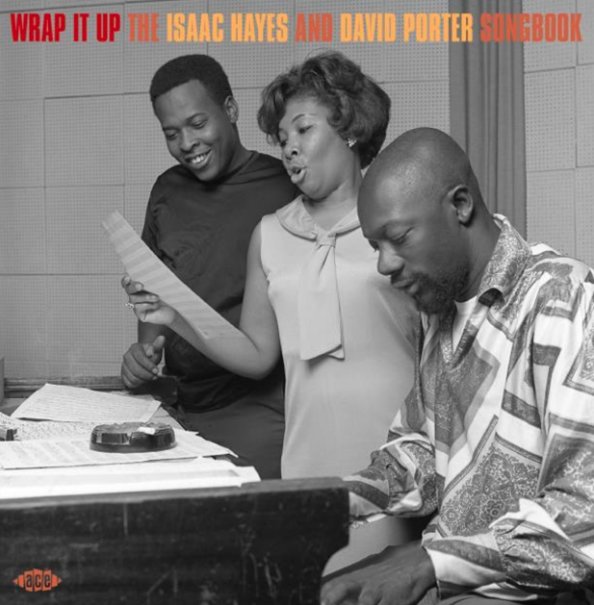 That's a young Isaac Hayes on the cover, sitting at the piano next to David Porter – his key songwriting partner at Stax Records in the 60s – at a time before both artists had gone onto their own solo recordings for the label! The Hayes/Porter team gave Stax some of their best songs during the second half of the 60s – often numbers that have a hip, hard-grooving style that really pushed the boundaries of Memphis soul – and as you'll hear here, the duo's work was not just recorded for their main label, but also handled by a wealth of other artists too – mostly soul singers of the late 60s, but also featured here on a few later tracks as well. Those later cuts are ever bit as soulful as the 60s material that makes up most of the collection – and the package also features some unissued numbers too –served up here in a list of 24 titles that include "Can't Trust Your Neighbor" by Freddie King, "60 Minutes Of Your Love" by Homer Banks, "I'll Understand" by Edwin Starr & Blinky, "Left Over Love" by Ruby Johnson, "Hold On I'm Coming" by The Righteous Brothers, "You Got Me Hummin" by The Hassles, "I'm Dedicating My Life" by Danny White, "Love Is After Me" by Charlie Rich, "Your Good Thing" by Mable John, "You Don't Know Like I Know" by Keith Powell & Billie Davis, "Wrap It Up" by Archie Bell & The Drells, "Baby" by Rachel Sweet, "As Long As I've Got You" by The Emotions, "I Take What I Want" by The Bishops, "The Sweeter He Is (parts 1 & 2)" by Soul Children, and an unreleased alternate of "Toe Hold" by Johnnie Taylor.  © 1996-2023, Dusty Groove, Inc.