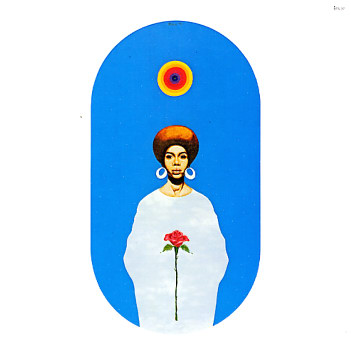 Luis Gasca (For Those Who Chant) (Japanese paper sleeve edition)

One of the greatest solo albums ever issued by Latin jazz trumpeter Luis Gasca – a set that really expands on his debut for Atlantic Records, and which brings in a whole host of early 70s west coast Latin influences! The style here is very laidback and open – a bit like some of the Chicano funk coming out of the LA scene at the time, but a fair bit more jazz oriented overall – with long lean solos from both Gasca on trumpet and Joe Henderson on tenor sax, set up in a half-electric set of rhythms laid out on guitar, organ, keyboards, bass, and plenty of percussion! Other players here are all top-shelf too – and include Carlos Santana, George Cables, Stanley Clarke, Coke Escovedo, and Lenny White. The album features 4 long tracks – "Spanish Gypsy", "Street Dude", "La Raza", and "Little Mama".  © 1996-2023, Dusty Groove, Inc.