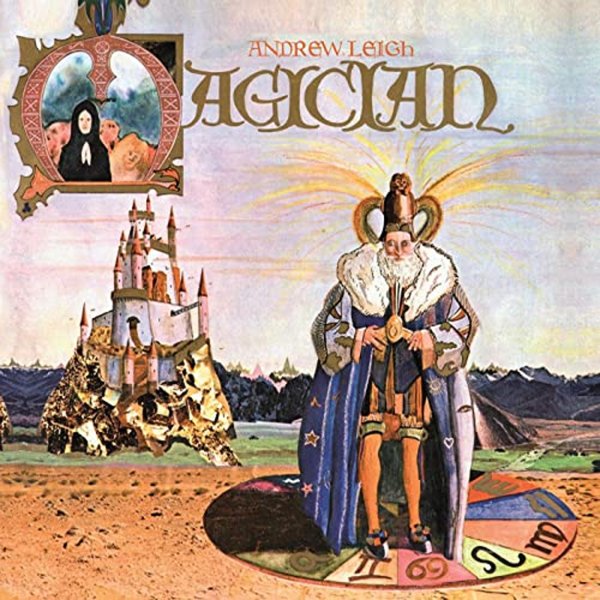 Andrew Leigh had roots in other groups, most famously Spooky Tooth – but at the start of the 70s, he issued this lone solo album – an unusual record that mixes together some of the more ancient touches you'd guess from the cover with an earthy, soulful quality that resonates with his previous work! Leigh plays bass and keyboards on the set – and while some tracks have an acid folk sort of vibe, others are more all-out rockish guitar-heavy – with an especially nice guest appearance from Brian Godding on one track! Titles include "Solitaire", "Magician", "Goin Out To The West", "Magician", "Windy Baker Street", "Fresh Brown Eggs", and "Leaving Song".  © 1996-2022, Dusty Groove, Inc.