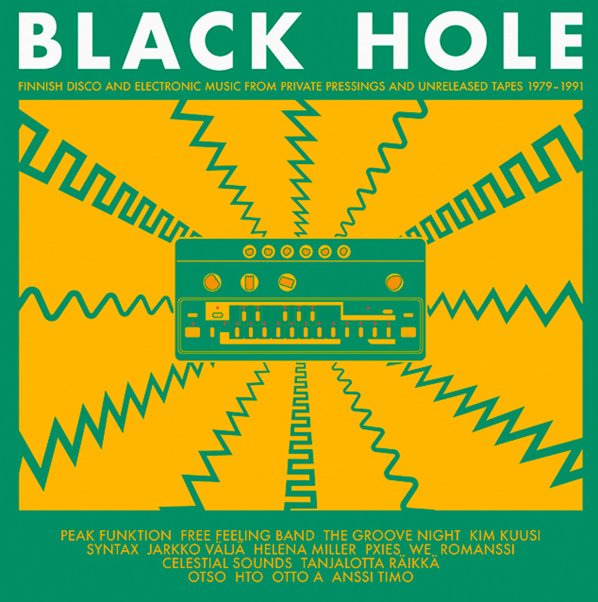 A sweet little collection that goes way past the disco in the title – but maybe that's what you'd expect, give that most of the music is from the post-disco generation of the 80s! There's still plenty of clubby elements in the music, but the artists here have really taken off from late 70s American and Euro modes – adding in some bits of electro pop, or using some of the new technologies to create more programmed rhythms that point the way towards future dance styles to come. In a way, the special shift of the scene is similar to what happened with Italo Disco of the 80s – although with a different sound overall – and as with other compilations of this nature on Svart, the whole thing's a great look at a far off scene we never would have heard otherwise. Some cuts are so rare, they don't even have titles – and tunes include "In An Other Time" by Free Feeling Band, "Black Hole" by Syntax, "Mabellene" by Groove Night, "Israel Is Real" by We, "Guilty Of The Crime" by Pixies, "SMO" by Kim Kuusi, "Tunnen" by Jarkko Valja, and "Fantasia" by Anssi Timo.  © 1996-2022, Dusty Groove, Inc.

Sun Shines At Night – Giorgio Moroder In Finnish 1972 to 1989
Svart (Finland), Late 70s/Early 80s. New Copy
CD...$16.99 18.99
The title's a bit misleading, as Giorgio Moroder didn't actually spend time on the Finnish scene – but the German superproducer had a huge influence on that nation's grooves during the 70s and early 80s – as you'll hear on this wonderfully weird and well-collected set! These are all ... CD