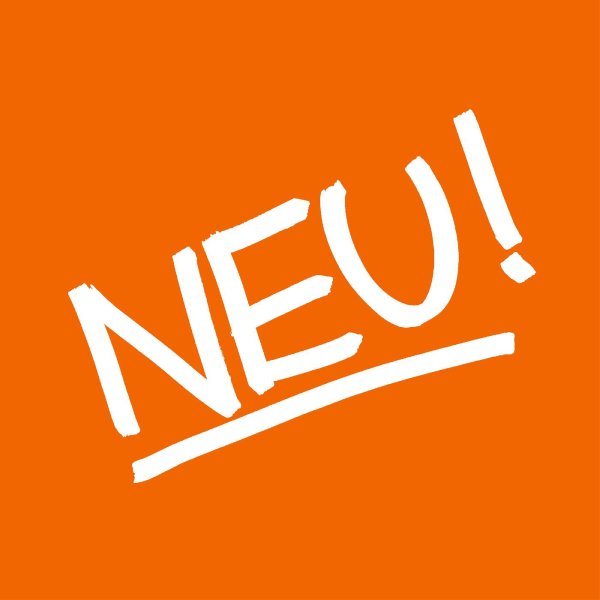 Also available
Neu — Neu 50 (Neu 1/Neu 2/Neu 75/Tributes 1 & 2) (5LP set) ... LP 121.99
A massive tribute to the music of Neu – set with three classic albums, and an exclusive double-length batch of mixes and covers too! First up is the self-titled Neu – maybe not the earliest record in the Krautrock generation, but a set that certainly set a new sort of standard after it was released! The group mix together slow-building rhythms and plenty of fuzz – all recorded by the great Conny Plank, who has a way of blending the songs and all their many elements – instrumentation put together by ex-Kraftwerk members Klaus Dinger and Michael Rother – who mostly use guitars, bass, and drums – but end up turning them into something completely different with the help of Plank! Some of the tracks are quite long, and really take a great path to find their way forward – very different than Can or Cluster, at least from an outside perspective – but equally classic. Titles include "Hallogallo", "Sonderangerbot", "Im Gluck", "Negativland", "Weissensee", and "Lieber Honig". Neu 2 follows, and continues their trademark pulsating rhythms and raw Teutonic energy – essential listening not only for its titanic importance to the minimalist rock to come – but for it's impeccable hard driving hypnotic genius that has yet to be topped by any of the followers. The album starts off with the longer piece "Fur Immer", while the rest of the album is made up of mostly shorter segments, including "Spitzenqualitat", "Super 16", "Cassetto" and "Hallo Excentrico!". Next is Neu 75 – the third album in a legendary run from Krautrock pioneers Michael Rother and Klaus Dinger – one that uses two different drummers next to the duo's fantastic spare blend of keyboards, guitar, and electronics! The sound is still nice and lean, and every bit as revolutionary as on their first two records – and the whole thing is a masterpiece in blending waves of sonic energy and pulsating rhythms! Titles include "Isi", "See Land", "Leb Wohl", "Hero", "E-Musik", and "After Eight". The set also features the two-part Tribute album – hardly the usual tribute project – as a number of tracks are remixes of the originals, blended with other very unusual takes and original material! Titles include "Im Gluck" (National rmx)", "Weissensee (Fink version)", "Negativland (Idles negative space rework)", "After Eight (They Hate Change cover)", "Lieber Honig (Yann Tiersen rmx)", "Super (Mogwai rmx)", and "Hallogallo (Stephen Morris & Gabe Gurnsey rmx)".  © 1996-2023, Dusty Groove, Inc.

Planeten Sit-In
Die Kosmischen Kuriere (Germany), 1974. New Copy
CD...$14.99 16.99 (LP)
A Krautrock classic from start to finish – and very much the sort of music from the early 70s German scene that had a huge impact on music well into the 21st Century! The songs here are maybe a bit shorter than on some of the contemporary albums from the scene, but no less experimental ... CD