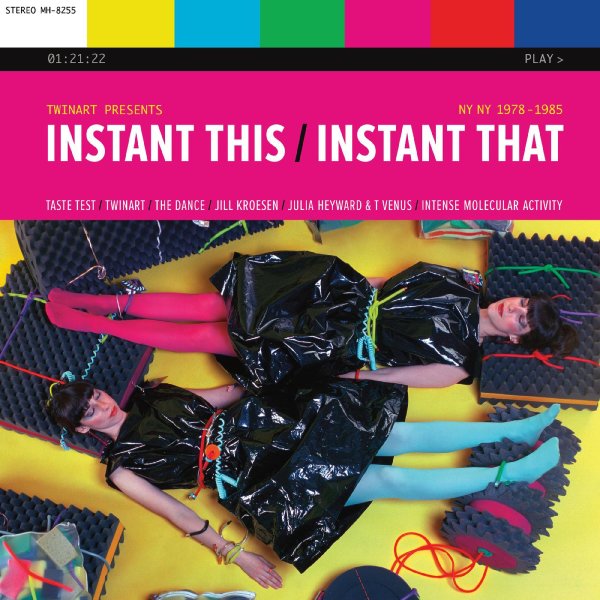 Also available
Twinart & Others — Instant This/Instant That – NY NY 1978 to 1985 ... CD 15.99
Wonderfully weird work from the New York scene of the late 70s and early 80s – recordings that bristle with some of the best post-punk and new wave energy of the time, but which are much more obscure than most work you might know from other records! Some of the tracks here were done for NYC cable, others are more creative and almost experimental – and apart from a few rare singles that were issued at the time, almost all of the tracks appear here for the first time as a commercial release! Twinart are the group at the core, but plenty of other friends are along for the ride, including Jill Kroesen – and overall, there's a very progressive, girl-powered approach to the whole thing – on titles that include "Hands On Hands Off", "Instant This Instant That", "Double Shot Of Love", "You Got To Know", "Gassum", "Poodle Paper", "Dream On (demo)", "Honey You're So Mean", "Freak Of Nature (alt)", "Blinxong", and "Trashy Fashions" – plus a number of short "Itit" tracks.  © 1996-2022, Dusty Groove, Inc.

Seventeen Seconds (180 gram pressing)
Fiction/Elektra, 1980. New Copy
LP...$20.99 36.99
A haunting and relatively spare early one by The Cure that holds up incredibly well – standing true to the test of time as strongly as anything in their canon! From the perspective of fans who got into The Cure anytime from the mid 80s onward, these earlier efforts might initially sound like ... LP, Vinyl record album