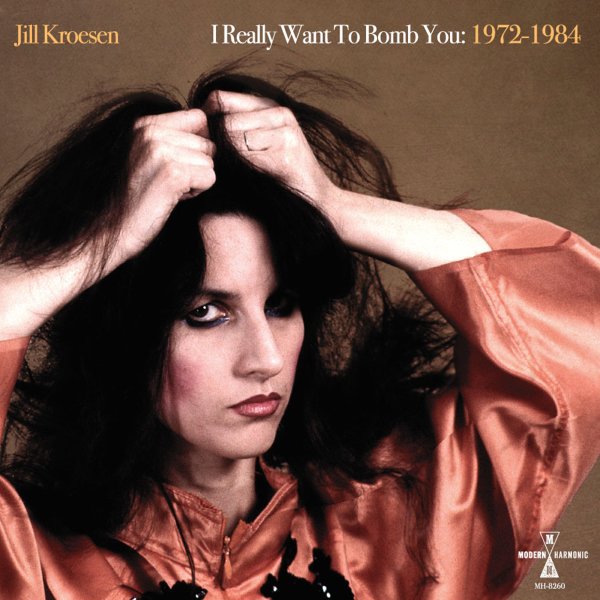 A huge look at the near-lost legacy of Jill Kroesen – an important figure on the New York scene in that amazing moment when art and rock were blending together in wonderfully experimental material like this! At some level, Kroesen could be included in a short list of important figures who were also performance artists – like Laurie Anderson, Karen Finley, or Lydia Lunch – and the music here definitely has a lot to share with some of the hipper performance currents on the downtown scene – especially since the list of musicians on the tracks includes figures like David Van Tieghem on percussion, Peter Gordon on saxes and keyboards, Bill Laswell on bass, and George Lewis on trombone! The tunes are both political and playful, arty and catchy – and Kroesen's a completely unique figure throughout – almost taking the earlier experiments of artists like Patty Waters or Annette Peacock into new territory for the post-punk world. The set includes material from the album Stop Vicious Cycles, plus rare singles and other recordings too – titles that include "Broken Wing", "Invited To Heaven", "The Celebration Of S&M", "Sweet Sanity", "I'm Just Being A Human Being", "I Really Want To Bomb You", "I Am Not Seeing That You Are Here", "I'm Sorry I'm Such A Weenie", and "Wayne Hayes Blues".  © 1996-2022, Dusty Groove, Inc.