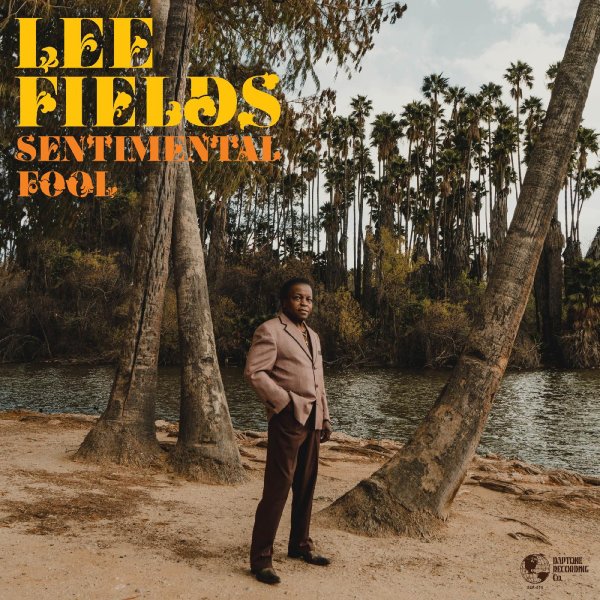 Also available
Lee Fields — Sentimental Fool ... CD 13.99
Lee Fields — Sentimental Fool (orange vinyl pressing) ... LP 23.99
The great thing about Lee Fields is that he just keeps on giving – giving us the sort of deep soul music that first caught our ears back when he was recording in near obscurity for a small southern label – and which has finally gotten the attention it deserves in recent decades! Lee's got the ability to sing at the level of an Otis Redding or James Carr, but without sounding like he's trying to copy the classics – and for good reason too, as Lee is the classic – maybe a bit younger than Redding and Carr, but not by much – and more than able to take southern soul strongly into the contemporary generation, with slow-burning genius on titles that include "Ordinary Lives", "Sentimental Fool", "The Door", "Forever", "Two Jobs", "Without A Heart", "Your Face Before My Eyes", and "Extraordinary Man".  © 1996-2022, Dusty Groove, Inc.

Sentimental Fool (orange vinyl pressing)
Daptone, 2022. New Copy
LP...$23.99 24.99 (CD...$13.99, LP...$18.99)
The great thing about Lee Fields is that he just keeps on giving – giving us the sort of deep soul music that first caught our ears back when he was recording in near obscurity for a small southern label – and which has finally gotten the attention it deserves in recent decades! Lee's ... LP, Vinyl record album

Make The Road By Walking
Dunham/Daptone, 2008. New Copy
LP...$15.99 18.99
A bold slice of work from the Daptone musical universe – a hip project that features work from members of The Dap Kings, El Michels Affair, Budos Band, and Antibalas – all put together with a range of sounds that really show the full spectrum of their styles! The groove's quite unique ... LP, Vinyl record album

Soul Time
Daptone, 2011. New Copy
LP...$15.99 18.99
Damn damn damn – maybe the funkiest album ever from Sharon Jones and The Dap Kings! The group have always been great, but there's something here that goes even farther than usual – an especially funky snap on the drums at the bottom, even on more laidback tunes – and a stone ... LP, Vinyl record album