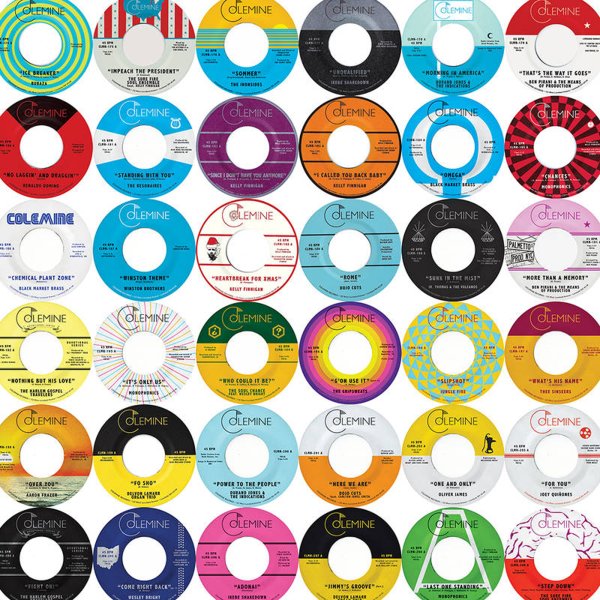 A massive selection of work from the contemporary underground scene – cuts that previously appeared as limited edition 7" singles on the excellent Colemine labels – one of our favorite sources for contemporary funk! The set's got as much vintage vibe as you'd guess from the label styles on the cover – and this limited vinyl version is beautifully pressed, with sound that may well even be more fantastic than the 45s. Titles include "Ice Breaker" by Bubaza, "Winston Theme" by Winston Brothers, "Slipshot" by Jungle Fire, "Rome" by Dojo Cuts, "Morning In America" by Durand Jones & The Indications, "Standing With You" by The Resonaires, "Nothing But His Love" by The Harlem Gospel Travelers, "Sommer" by The Ironsides, "No Laggin & Draggin" by Renaldo Domino, "Sunk In The Mist" by Jr Thomas & The Vocalos, "Step Down" by Sure Fire Soul Ensemble, "Over You" by Aaron Frazer, "Fo Sho" by Delvon Lamarr Organ Trio, "More Than A Memory" by Ben Pirani, and "One & Only" by Oliver James.  © 1996-2022, Dusty Groove, Inc.
(Includes download!)