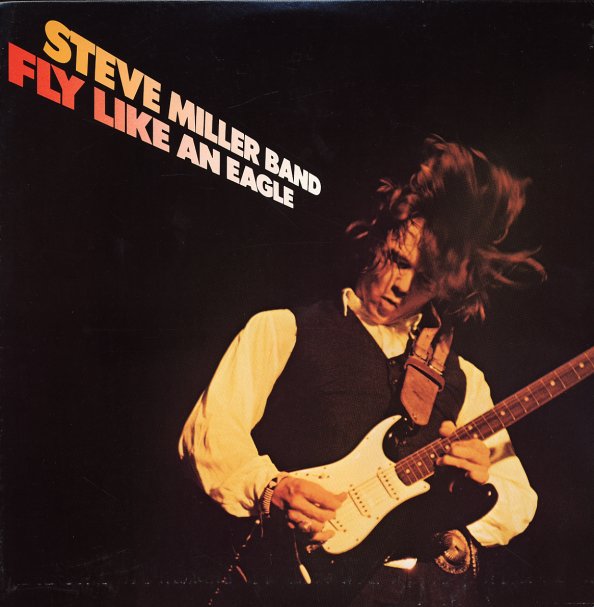 Also available
Steve Miller Band — Fly Like An Eagle ... LP 19.99
A masterpiece from the legendary SF rocker Steve Miller – and a perfect summation of the years of blues, soul, funk, and rock he'd been soaking up in the Bay Area scene – served up here with an edge that's still very firmly in place! Miller was already plenty great before this set, but somehow the record really pushes Steve into perfection territory he'd never hit before – able to cross over big with a few key tracks, but still have this sharpness in his guitar work and sense of charm that never seem to die! The album crossed over instantly with the massive cut "Fly Like An Eagle" – already great on its own, but supported here with the massive "Space Intro", which adds an extra minute of cool electronics to the tune – and other great cuts include the amazing funky rocker "Take The Money & Run", which has a break that never gets old – plus the hit "Rock N Me", and the cuts "The Window", "Wild Mountain Honey", "Sweet Maree", "Blue Odyssey", "Mercury Blues", and "Dance Dance Dance".  © 1996-2022, Dusty Groove, Inc.

East
Capitol/Life Goes On (Italy), 1972. New Copy (reissue)
LP...$27.99 29.99
The group's name and image on the front are certainly well-placed – because the album's got some Eastern-styled instrumentation mixed in alongside more psychedelic guitars! The record's the only full set by the group – recorded by a group of Japanese exiles for Capitol in 1972, and ... LP, Vinyl record album