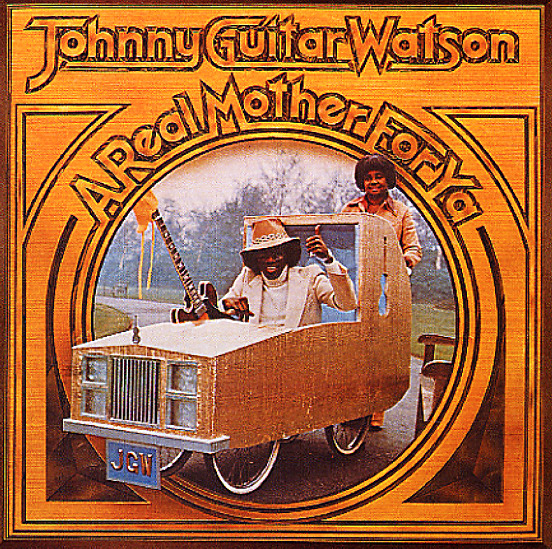 Johnny Guitar Watson at the top of his game – working here in a sublime mix of funk, blues, and soul – all crafted into a groove that was uniquely Watson's own! Johnny may have started the 70s in relative obscurity – down from some hit work in the 50s and 60s – but by the time of this set, he was back on top, and working in a confident groove that few others from his older era could ever hope to achieve! There's a youthful sense of sex and soul that run through the entire set – an effortlessly slinky groove that never goes too over the top in the funk department, and which makes just the right use of electric instrumentation and tripped-out production, but never gets too wrapped up in either – and often comes off with some great jazzy touches as well. Titles include the anthemic "Real Mother For Ya", plus "Your Love Is My Love", "The Real Deal", "Tarzan", "I Wanna Thank You", and "Lover Jones".  © 1996-2023, Dusty Groove, Inc.
(A nice copy.)