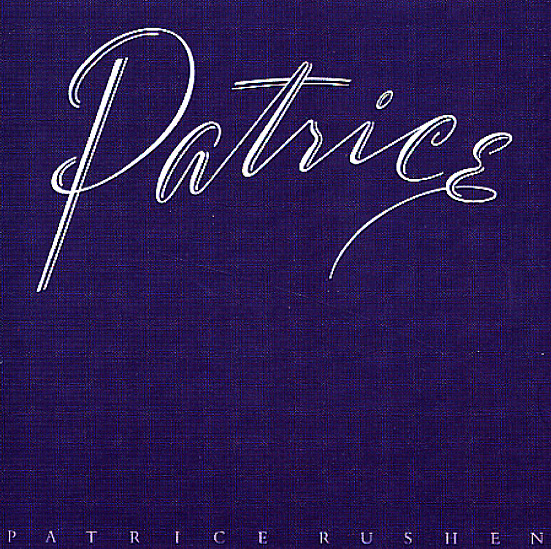 A sweeeeeet groover by Patrice Rushen – her first album for Elektra, and a stunning blend of funky jazz and soul! The record really has Patrice stepping out from her earlier years at Prestige – working in some surprisingly great vocals next to tight lines on Fender Rhodes, synth, and clavinet, handled with a smooth and soulful quality that's wonderful all the way through – a blend of soul and jazz that few other players could do this well – no matter how many others tried to copy her style over the years! Rhythms are as hard and heavy as on the Prestige years, and the keyboards have a great sort of focus too – just the right mix of jazz to offset the vocals – which themselves are a wonderful discovery. The whole album's a gem – and tracks include the great funky classic "Hang It Up", plus "Changes (In Your Life)", "When I Found You", "Play", "Didn't You Know?", and "Music Of The Earth". 2LP version features bonus tracks – "Music Of The Earth (Danny Krivit edit)", "Hang It Up (12" mix)", "Play (12" mix)", and "Didn't You Know (ext)".  © 1996-2023, Dusty Groove, Inc.
(2LP edition!)

Pizzazz (2LP version – with bonus tracks)
Elektra/Strut (UK), 1979. New Copy 2LP (reissue)
LP...$32.99 34.99 (LP...$19.99)
Brilliant work from Patrice Rushen – one of the records that not only helped break her out of the jazz funk ghetto, and right into the mainstream – but a set that also had a pretty profound influence on the progression of soul in the early 80s! Rushen sings as well as plays keyboards ... LP, Vinyl record album

Step On Step
International Anthem, Early 70s. New Copy 2LP Gatefold
LP...$28.99 30.99 (CD...$13.99)
Maybe the first-ever album to be issued under the name of the great Charles Stepney – even though the artist/musician/producer/songwriter had a huge role in the careers of Chicago contemporaries like Minnie Riperton, Ramsey Lewis, and Earth Wind & Fire! This set brings together ... LP, Vinyl record album