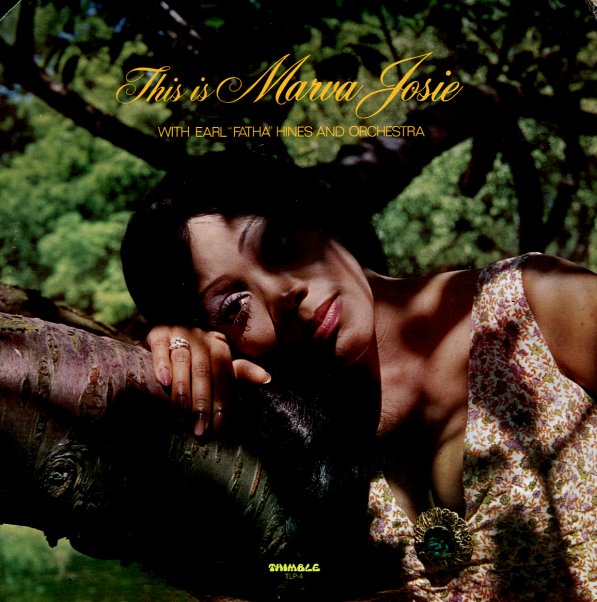 This Is Marva Josie

Nice mix of jazz and soul, with Earl Hines leading the group, and Weldon Irvine on piano and arrangements. The set's got a few nice originals, like "Love Love Love", "Understanding", and "I Can't Trust Myself". The best cuts are fast jazzy grooves, with a nice jazz dance tempo, and Marva's off-kilter vocals in the lead!  © 1996-2020, Dusty Groove, Inc.
(NOTE – Cover has some peeling and stuck-on paper at the bottom 2 inches on front & back.)