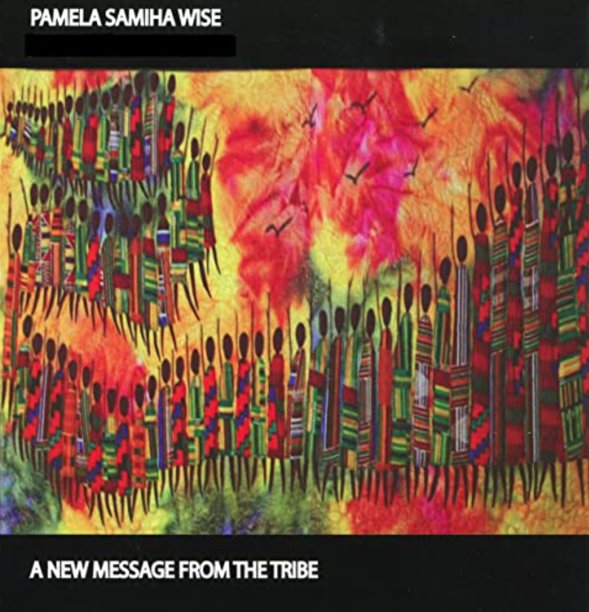 New Message From The Tribe

Spiritual sounds from Pamela Samiha Wise – a musician who was a bit late to the Tribe Records scene in Detroit, but who's really done a lot to carry on the vision of the music! You might know Wise from some of her recordings with Wendell Harrison, and Harrison is very much in full force here – blowing tenor and bass clarinet, in a lineup that also includes Dwight Adams on trumpet, Terry Kimura on trombone, and plenty of percussion in the mix as well. There's some occasional vocal moments on the record, and the whole thing has that maturing sense of majesty that we love in Harrison's later projects – but served up here in a voice that's definitely that of Pamela – a set that's as timeless as it is soulful, with titles that include "Ode To Dorothy", "The Divine One", "Vein Melter", "How Do We End All This Madness", "The Only Blessing That I Have Is You", "Plena Plenty", and "Love Dream".  © 1996-2022, Dusty Groove, Inc.

Fly By Night
Wenha, 1990. New Copy
CD...$13.99 15.99
A beautiful return to acoustic jazz for Wendell Harrison – after a string of more electrified albums in the 80s! Wendell's working here on tenor sax and clarinet – the latter of which he plays in these spiraling long lines that use the instrument in a searching, soprano sax-like manner ... CD