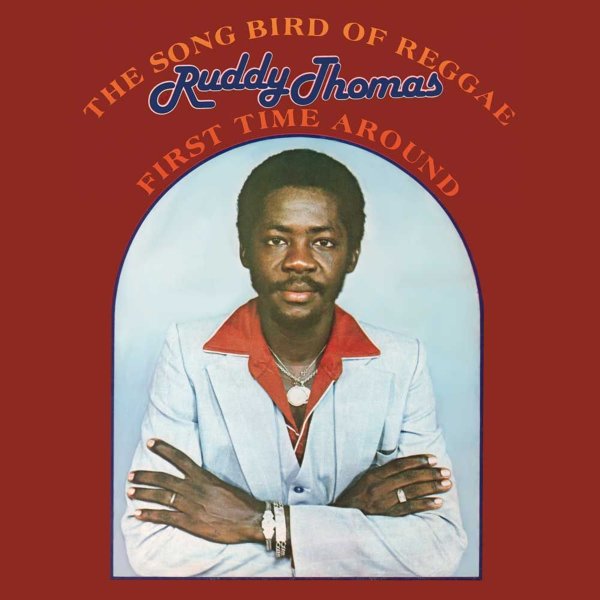 First Time Around (with bonus tracks)

A lover's rock classic from Ruddy Thomas – served up here with a huge amount of bonus tracks too! The core album is First Time Around – an early 80s charmer that has Ruddy's wonderfully soulful vocals wrapped around some great Joe Gibbs production – easy-stepping grooves that show just how strongly soulful reggae had evolved over the course of the 70s – as Thomas turns out some surprising remakes that really transform the tunes, while also knocking things out of the park on some original material too! Titles include really reworked versions of "Shake Your Body", "Sad Eyes", and "Ticket To Ride" – plus "Someone To Love", "Loving Pauper", "Little Jeannie", "Go On", and "Oh Let Me Know It". CD1 features 11 more bonus tracks by Ruddy, other Joe Gibbs-produced cuts from the time – and CD2 features 20 more bonus tracks handled by Gibbs, including work from Jimmy Riley, George Nooks, Earth & Stone, Wayne Wade, The Mighty Diamonds, Delroy Wilson, Shirley McLean, and Hugh Griffiths. As usual, the presentation is superb – very detailed Doctor Bird notes along with the tunes!  © 1996-2023, Dusty Groove, Inc.

Legalize It (with bonus track)
CBS, 1975. New Copy
CD...$4.99 6.98
An all time classic – the first full length set from Peter Tosh after his earlier singles with The Wailers! The record's still one of Tosh's greatest on record – composed, arranged, and produced by Peter himself – a true essential! Tracks that include "Legalize It", ... CD