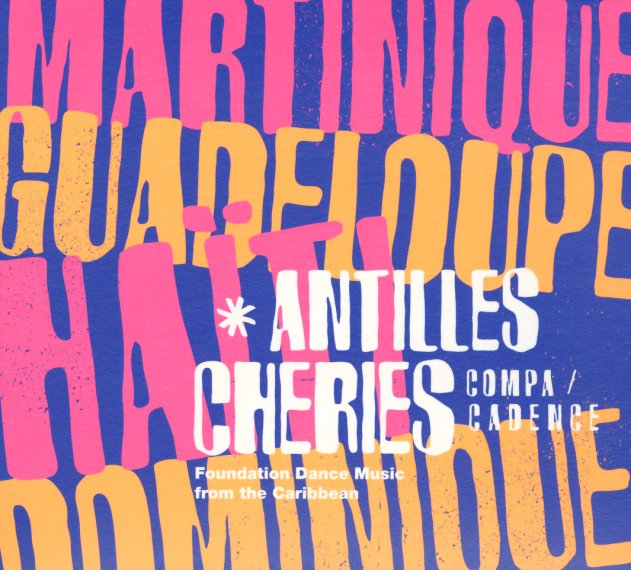 The French Antilles have been a huge source of influence on the global scene of the past few decades – especially during the big years of the zouk explosion, which opened up the island grooves to a huge global audience! But there's a much richer history of Antilles music that doesn't always get exposure – and part of that is presented here, in a beautiful batch of 70s material that paves the way towards 80s world music trends – but with earthier examples from the styles of compas and cadence! The rhythms are complex, but immediately compelling too – often upbeat and infectious, and in some spots touched by a bit of a 70s funk influence too – and most numbers have horn parts that are as upbeat and powerful as some of the best salsa work of the time, but turned towards slightly different ends. The grooves have so many different strands of sounds working together at once, the result is completely mindblowing – and the well-chosen tracks on the set are supported with notes in French and English that really illuminate this overlooked history. Titles include "La Vie Musique" by Black Affairs, "Si Bon Di Bon" by Simon Jurad, "Cail La Mande Rouse" by Toto Necessite, "Kokoye" by Combo Creole, "Money First" by Selecta Martinique, "Pale Creole" by Rodrigue Millien & Blagueur, "Coeur A Moin" by Belles Combo, and "Marchande" by Gervais Nerva.  © 1996-2022, Dusty Groove, Inc.