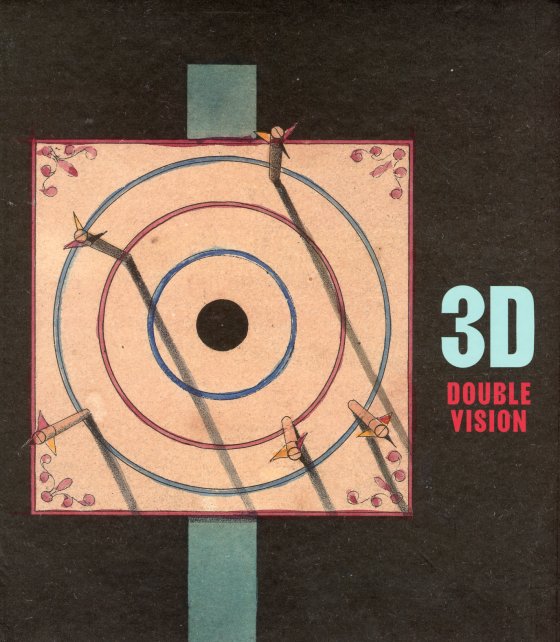 A really cool book, and one that looks at the phenomenon of 3D in two different ways – hence the title! The book comes with two sets of viewers – one with thick, clear magnifying lenses, to be used with old stereographic photographs – the other with one red and one blue lens, to view the later blue/red split process 3D photos and drawings! As you can imagine, the book is filled with examples of images in both styles, which you can use the viewers to enjoy – and the publication also has a huge amount of information and history – a timeline of 3D styles and creations, words on the science, and lots of other essays too – all done for the original exhibition of the materials at LACMA. Book is oversize, hardcover, full color, and over 200 pages.  © 1996-2023, Dusty Groove, Inc.

Nicholas Krushenick – Electric Soup (hardcover)
Delmonico, 2016. New Copy
Book...$15.99 60.00
The image on the cover is just the tip of the iceberg – as this lovely book really dives into the legacy of artist Nicholas Krushenick – a unique painter who somehow manages to combine abstract, minimalist, and pop art modes – all at a level that almost seems to prefigure street ... Book