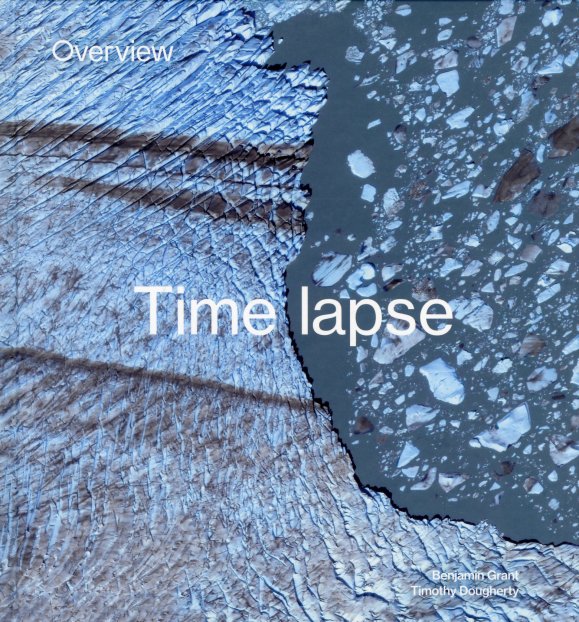 A stunning book of aerial photography – one that has plenty of the time lapse promised in the title, but used in a variety of really captivating ways! Some images feature a standard shift in time – a field before planting, and later filled with crops – the city of Paris in the day, and ablaze with light at night. But other images have a more powerful approach, and show changes in the planet due to human activity – from fire, pollution, deforestation, and other ecological disasters – sometimes quite striking in the relatively short space between two images of the same place! Throughout the book, the images are beautiful – photography that's more than wonderful on its own, even without representation of the topics at hand – and the book's subtitle is "how we change the earth" – documented here mostly for the worst, but with some examples of positive change as well. The presentation of the images is fantastic – full page color images, often without any text on the main page – spread out over 266 pages, in a heavy oversized hardcover volume.  © 1996-2023, Dusty Groove, Inc.
(Please Note – The spine has a small remainder mark.)