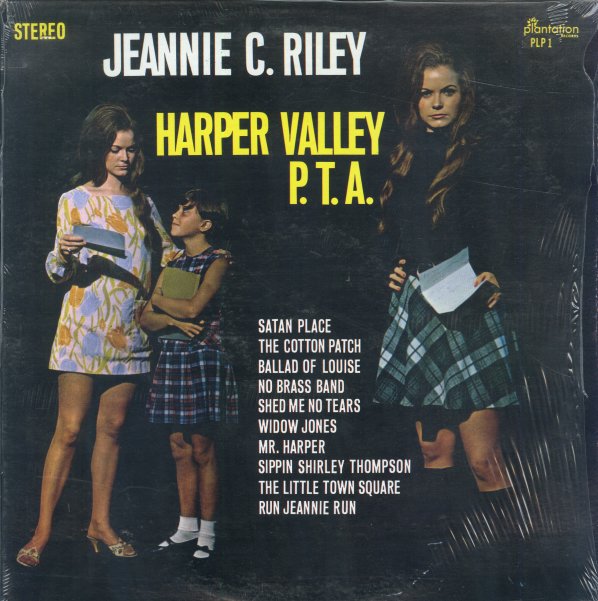 The seminal first album from Jeannie C Riley – a record that may have been launched with a novelty hit in the lead, but which also marks Riley as a surprisingly strong singer overall! Part of the record's charm is the groovier than mainstream Nashville presentation of Shelby Singleton's Plantation label – not afraid to add in some cool 60s mod effects, chunky rhythms, and other hip elements to really send the tunes home – instrumentation that makes a great counterpart to Jeannie's biting way of delivering a lyric – heard famously on the Tom T Hall-penned title track "Harper Valley PTA", but pretty great overall on other cuts that include "Satan Place", "Sippin Shirley Thompson", "The Cotton Patch", "Mr Harper", "Widow Jones", "The Little Town Square", "Ballad Of Louise", and "Yesterday All Day Long Today".  © 1996-2023, Dusty Groove, Inc.
(Mono mix from the original tapes!)