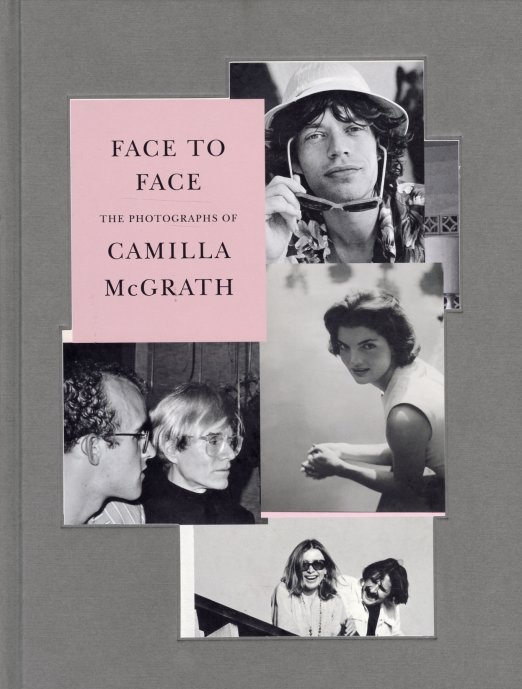 Face To Face – The Photographs Of Camilla McGrath (hardcover)

Photographer Camilla McGrath has a great way with a face, and great access to a variety of very striking faces as well – as the artist came from higher up in Italian society in the 70s, which gave her access to countless key cultural figures at the time – a mix of American and European artists and musicians who are featured here in hundreds of black and white images from the 70s through the 90s! The scope of subjects is huge – Jack Nicholson, Mick Jagger, Joan Didion, David Hockney, and countless others – all shot in very relaxed settings, usually at a party or around the house – sometimes posed, often candid, and with a great eye for the individual character of their faces. The book is huge, 341 pages, hardcover, with mostly black and white photographs, and a few color images too – plus some notes on Camilla and her work.  © 1996-2022, Dusty Groove, Inc.
(Please note – Spine has a small remainder mark.)