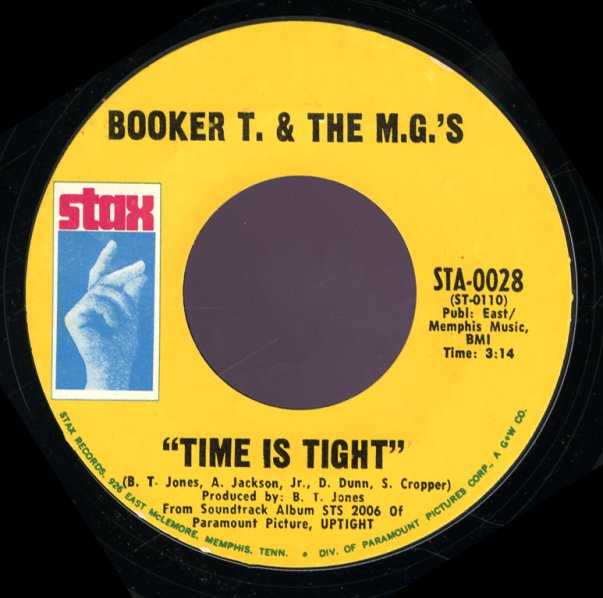 Time Is Tight/Johnny I Love You

Original Stax single of this, one of Booker T's best late tracks, and a killer cut from the soundtrack to Uptight.  © 1996-2021, Dusty Groove, Inc.
(Yellow label pressing with small text.)

Tramp/Tell It Like It Is
Stax, Late 60s. Very Good-
7-inch...$4.99
Of all the "tramp" songs of the 60s, this funky duet by Otis Redding and Carla Thomas is certainly the best! It sounds great on this nice original 45, and it's backed by another duet that you'll certain recognize. 7-inch, Vinyl record

Woman To Woman/Yes Sir Brother
Truth/Stax, 1974. Very Good+
7-inch...$4.99
The birth of a genre! "Woman To Woman" is an incredible tune with an archetypal lyric – Shirley's digging through her old man's pockets, finds a phone number, calls it and confronts his girlfriend – all in a long monologue at the beginning, which then runs into a great vocal ... 7-inch, Vinyl record