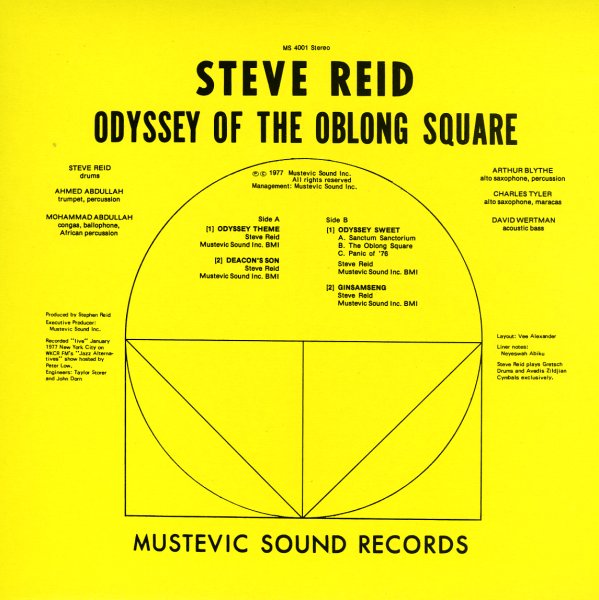 An album that captures a live radio performance from the legendary drummer Steve Reid – but one that's every bit as important to his legacy as his studio work of the time! If anything, there might be an even more powerfully spontaneous vibe to this record than the rest – with just about every element of the music coming together in rhythmic frenzy – as Reid's percussion is mixed with work from Charles Tyler and Arthur Blythe on alto, and Ahmed Abdulla on trumpet – all woven together with amazing basslines from the great David Wertman! Percussionist Mohammad Abdullah adds in plenty of other great touches to the record too – and the whole thing is maybe one of the most spiritual expressions of the loft jazz generation of the 70s – on titles that include "Ginsamseng", "Odyssey Theme", "Deacon's Son", and the long "Odyssey Sweet".  © 1996-2023, Dusty Groove, Inc.
(Limited edition pressing – with download!)

Washington Suite (red vinyl pressing)
Asha/Soul Jazz (UK), 1970. New Copy (reissue)
LP...$30.99 39.99
One of the most beautiful albums ever recorded by DC flutist Lloyd McNeil – and one of the grooviest, too! Lloyd's work is always amazing – stretched-out, spiritual, and filled with life – but this time around, there's a definite groove to the record that's undeniable – an ... LP, Vinyl record album