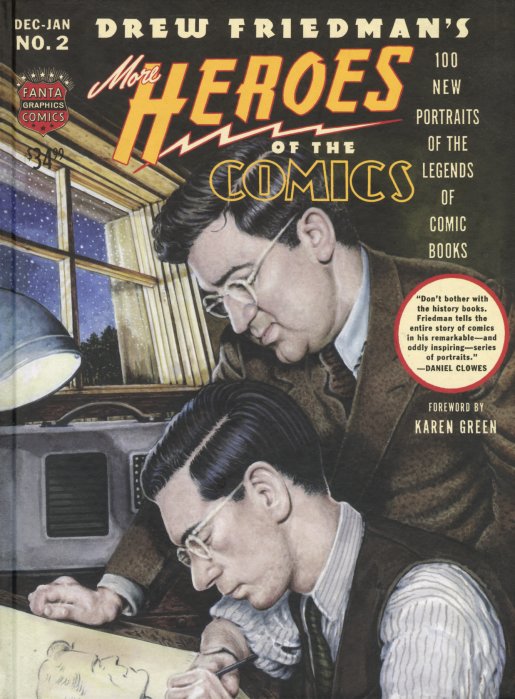 Drew Friedman is a hell of a comics artist – one who's always admitted a great legacy to the legends of the past, which really comes through in the classic style of his draftsmanship! Drew's been amazing us with his images for many decades – and with this special project, he goes back to pay tribute to all the many postwar comic artists who inspired his work – in a lavish book that features a full color portrait of an artist on each right-facing page, matched with text from Friedman about that artist, their strengths, and their importance on the left-facing page. The book is even bigger than the first entry in the series, and features 100 different entries in all – on giants who include Dan DeCarlo, Jim Mooney, Gray Morrow, Murphy Anderson, Dick Ayers, Bernard Baily, Jules Feiffer, Victor Fox, HG Peter, John Romita, Julius Schwartz, and even Mickey Spillane – who first got his start in comics. Hardcover, 200 pages, and filled with full color images.  © 1996-2023, Dusty Groove, Inc.

Art On Saturn – The Album Cover Art Of Sun Ra's Saturn Label (hardcover)
Fantagraphics, 2022. New Copy
Book...$52.99 75.00
A massive look at the art behind the music of the great Sun Ra – a selection of images that are almost as important as his sonic creations – given that so many of his records were issued in very small pressings, and often had covers that were handmade! As collectors know, so many of ... Book