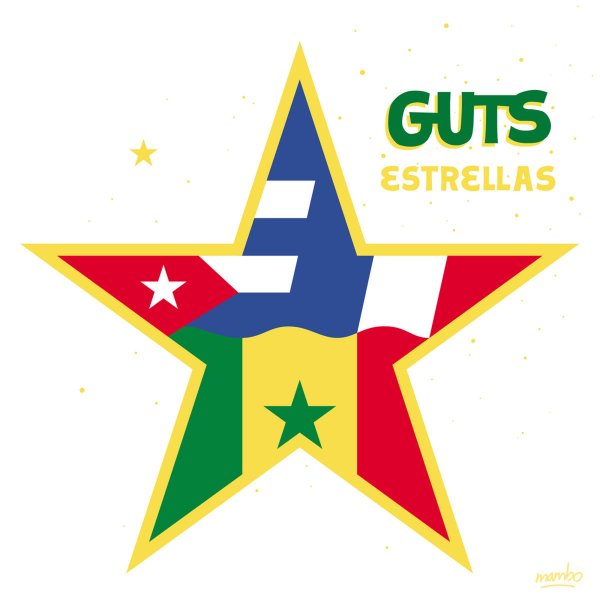 Also available
Guts — Estrellas ... CD 16.99
Some of the most beautiful music we've ever heard from Guts – very different than the spare productions of earlier years, thanks to the presence of dozens of guest stars – singers and musicians who help to open up the music with the sounds of Havana and West Africa combined! Most of the music is live, not programmed as in earlier Guts projects – and in a way, the shift is a bit like that made by Quantic when he started to explore the roots of Latin music – but with results here that are even more acoustic and organic, and overflowing with a sense of joy and life throughout! A truly wonderful set – and so different than anything we might have expected – with titles that include "Dakar De Noche", "Medewui", "Dejame En Paz", "San Lazaro", "Ultima Llamada", "Yebo Edi Pachanga", "Sin Pantallas", "Barrio", "Dansons Cadences", and "Nunca Pierdo".  © 1996-2023, Dusty Groove, Inc.