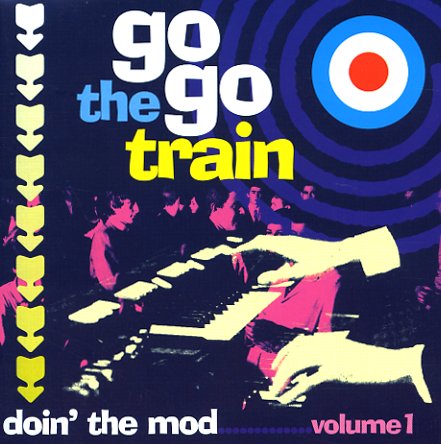 A mix of rock and soul – all with a very mod sound! The singles scene of the late 60s UK explodes in this set of 30 tracks in a hip package – and Hammond organ collides with raw guitar collides with shouting R&B vocals, in a true summation of the crossover styles hitting the decks in late 60s London. Titles include "The In Crowd" by First Gear, "Hey Now" by The Gates Of Eden, "Turn On Your Lovelight" by Felder's Orioles, "The Go Go Train" by Mike Stevens & The Shevelles, "A Place I Know" by The Koobas, "Emergency 999" by The Alan Bown Set, "The Seventh Son" by The Soul Agents, "Gonna Make You Mine" by The Riot Squad, "Kinda Kinky" by The Ray Mac Vay Sound, "Doin The Mod" by VanDyke & The Bambis, and "The Na Na Song" by The Ferris Wheel.  © 1996-2022, Dusty Groove, Inc.
(Out of print.)