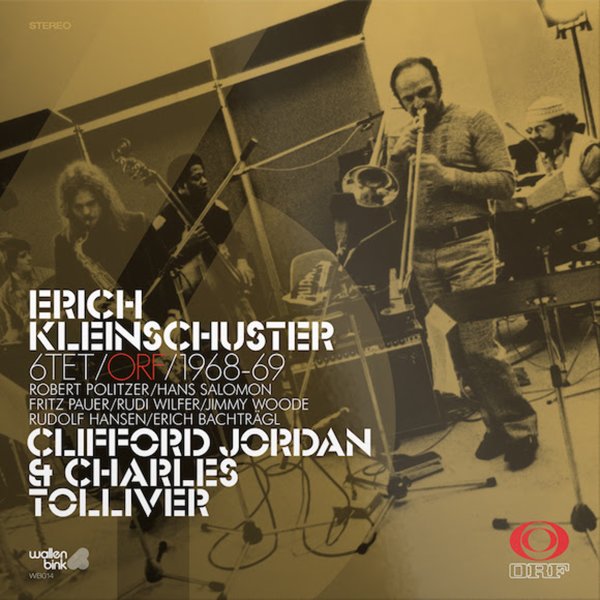 A treasure trove of work from the European scene – recordings that were unissued at the time, but which feature fantastic performance by American soloists done for Austrian radio! The core group is led by trombonist Eich Kleinschuster – a player from Vienna who never got much notice on our side of the Atlantic, but who was a fantastic host for visiting musicians in a series of broadcast concerts done by the Austrian radio – with Erich as the leader, and a fair bit of work on piano and Fender Rhodes from the mighty Fritz Pauer – a talent you'll know from some key MPS Records sessions of the period! And the vibe here is very much like MPS at its best – a great meeting of talents, at a level that rises everyone else involved – which makes these sessions superb throughout, no matter the soloist. This Volume 1 features six tracks from the mighty tenorist Clifford Jordan – on "Looking Across", "872", "Leavin Train", "Impressions Of Scandinavia", "Vienna", and "Sandra". Trumpeter Charles Tolliver shows up on the remaining five titles – on titles that include his fantastic "On The Nile", plus "Lil's Paradise", "Paper Man", "Right Now", and "Household Of Saud".  © 1996-2022, Dusty Groove, Inc.
(Limited to 1000 copies – a fantastic pressing, with heavy cover and vinyl!)

Untitled Work
Ill Considered (UK), 2022. New Copy
LP...$22.99 26.99
One of the most meditative albums we've ever heard on the Ill Considered label – and a set that's got a real richness in sound that you wouldn't expect from the title! The tracks are long, and have a sense of progression that builds from a range of acoustic and electric elements – not ... LP, Vinyl record album

African Spaces
Matsuli (UK), 1977. New Copy (reissue)
LP...$26.99 29.99
A soulful set of fusion from the South African scene of the 70s – a record that's a lot more electric overall than some of the others we know from the time – served up by a youthful group that's brimming over with power! The core of the set is awash in electric bass, guitar, and ... LP, Vinyl record album