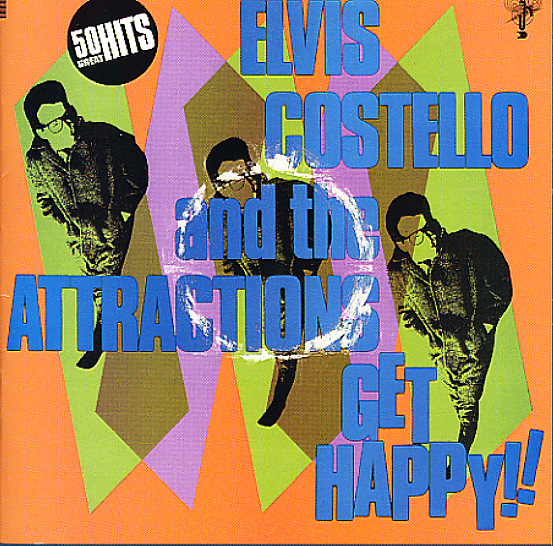 An album with a very mod-looking cover – and a set that's also overflowing with lots of mod-styled tracks to match – a cool current of soul from the 60s, but still handled with the sharper 70s vibe of young Attractions! Production is by Nick Lowe – and although The Jam were also turning towards more soul-styled sounds at the time, Elvis and Lowe may well have done them one better with this set. Titles include "Love For Tender", "Opportunity", "The Imposter", "Secondary Modern", "King Horse", "Possession", "High Fidelity", "Riot Act", "Human Touch", "Beaten To The Punch", and "I Can't Stand Up For Falling Down". This edition also comes with an expanded booklet, restored art, archival photos, and new liner notes by Elvis – plus a bonus disc with 30 freakin' extra tracks! Lots of unreleased tunes, live versions, alternate versions, demos and more: "So Young", "Girls Talk", "Getting Mighty Crowded", "Dr. Luther's Assistant", "Just A Memory", "Hoover Factory", "Ghost Town" and sooooo many more. 50 songs on two CDs!  © 1996-2022, Dusty Groove, Inc.
(Out of print.)

Family That Plays Together
Edsel (UK), 1969. Used
CD...$6.99 (LP...$4.99)
The second album from Spirit – and a standout powerhouse of late 60s rock! The combo have a great way of hitting a groove without losing their cool – as heard on the classic "I Got A Line On You", which leads off the set – and unlike most of their contemporaries, who ... CD