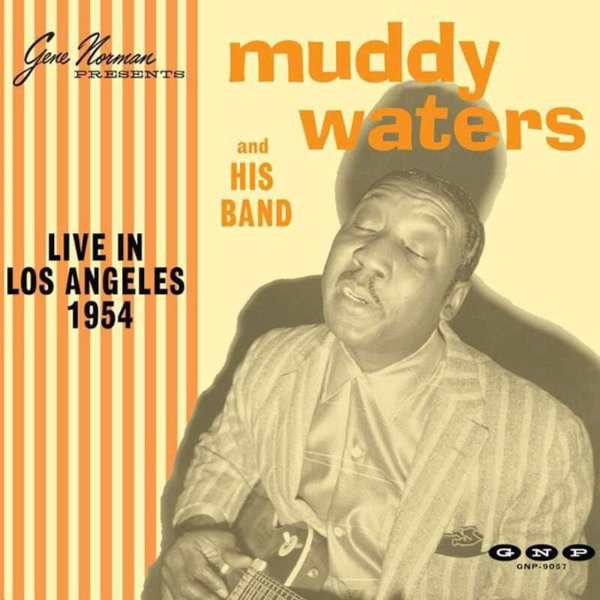 Unissued material from Muddy Waters – recording here at the legendary Shrine Auditorium, far from his Chicago home – but with a killer group that also includes Jimmy Rogers on second guitar, Otis Spann on piano, and Little George on harmonica! Gene Norman taped the concert back in the 50s, but the tapes were lost for years – only recently recovered, and issued here in a package that has the heft of one of the GNP 10" album releases of the 50s! According to the notes, the record presents the full performance of Muddy and his group that day – as part of a larger package show – on titles that include "Baby Please Don't Go", "I'm Ready", "Oh Yeah", "Hoochie Coochie Man", and "I Just Want To Make Love To You".  © 1996-2022, Dusty Groove, Inc.

After The Rain
Cadet/Get On Down, 1969. New Copy (reissue)
LP...$21.99 24.98 (CD...$16.99)
A gem of a record from the funk-heavy period of Muddy Waters – a moment that once made the traditional blues fans mad, but which has gone onto become the stuff of legend – thanks to a real criss-crossing of Chicago talents in the studio! The set was co-produced by Chess Records talents ... LP, Vinyl record album

Chicago – The Blues Today Vol 1 (180 gram pressing)
Vanguard/Craft, 1966. New Copy (reissue)
LP...$26.99 28.99
A seminal set of Chicago blues – the first volume in a series of classic recordings done by Vanguard Records in an effort to show the rest of the world all the hip new sounds that were coming out of the Windy City in the 60s! The approach here is a bit like some of the rural blues sets from ... LP, Vinyl record album

Run Get My Shotgun
Fat Possum/Big Legal Mess, 1989. New Copy
LP...$13.99 18.99
Jessie Mae Hemphill might look like an 80s blues artist on the cover, but the record's got a much more vintage vibe – as the set features field recordings done on New Years Eve in 1989, with Jessie Mae singing in a style that seems geared to ring in the year with the ghosts of the past! The ... LP, Vinyl record album

Lightnin In New York (180 gram pressing)
Candid, 1961. New Copy (reissue)
LP...$23.99 26.98
A set that's one of the more obscure Lightning Hopkins albums of the 60s – as it was issued on the short-lived label Candid, an imprint that was mostly known for modern jazz! Yet the approach here is wonderfully faithful to the music that Hopkins does best – a well-recorded solo date ... LP, Vinyl record album