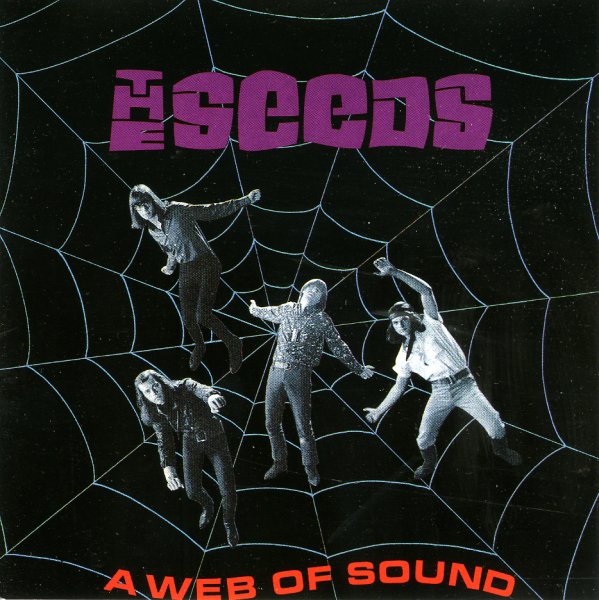 The Seeds are caught in a web of sound on the cover – and the same thing will happen to the listener, too – as the power of this groundbreaking classic reaches out and grabs you right away! The album's not the group's first, but it's definitely the one where everything comes together amazingly – the sneering vocals of Sky Saxon, that hypnotic blend of thin organ and guitar in the grooves, and even the slight use of bottleneck guitar – an early example of taking the instrument to much more way-out territory! The album's got plenty to please both fans of garage and psych, and also has a power that went on to influence generations to come – which you can definitely hear on titles that include "The Farmer", "Rollin Machine", "Just Let Go", "A Faded Picture", "Tripmaker", and the 14 minute jam of "Up In Her Room".  © 1996-2022, Dusty Groove, Inc.
(Amazing heavy 2LP pressing – with the stereo mix on vinyl for the first time since 1966, and a whole bonus record of rare alternates! Heavy cover, and bonus insert of notes, too!)