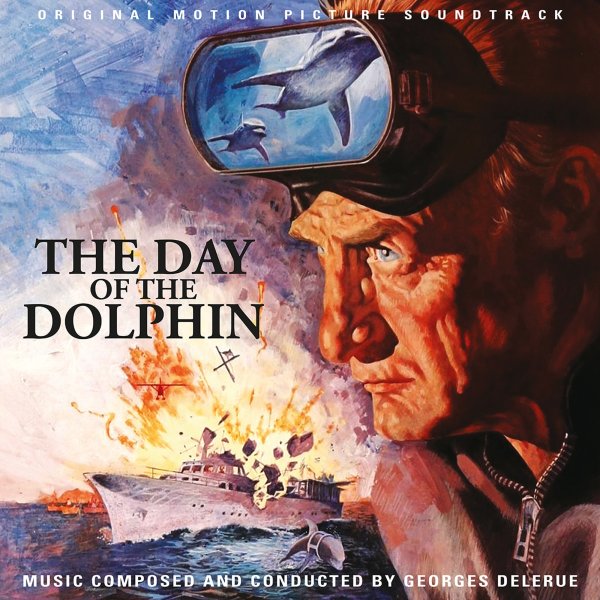 Day Of The Dolphin (with bonus tracks)

A really beautiful soundtrack from the great Georges Delerue – one that maybe has a bit more staying power than the unusual film for which it was scored! Delerue brings a richness to the music that's wonderful right from the start – sliding sentimental strings at some point, right as if they're lifted from one of his French cinematic classics – blended with more dramatic action points, both stark and more driving – mixed with occasional watery moments that are maybe the best on the soundtrack. Titles include the great main theme – plus "Whirlpool", "Dolphin Hunt", "Nocturne", "The Chase", "Dummy Mine", and "Finding The Flag". CD features the original album, plus 24 more bonus tracks from the film score, as well as the original 45rpm single!  © 1996-2022, Dusty Groove, Inc.