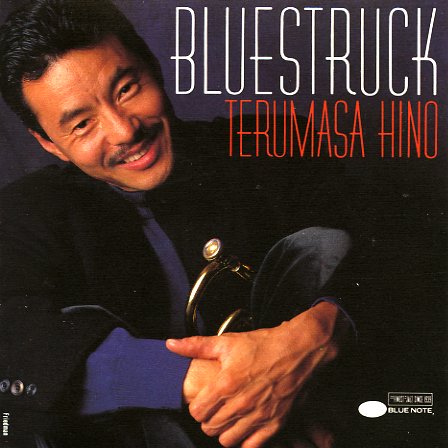 A key record in the career of trumpeter Terumasa Hino – an album cut with mostly American players, as part of a rebirth of Hino's music into the world of traditional jazz! Terumasa cut some great fusion records in the 80s, but this set's got a completely different approach – a group that soars with energy and life, led by the trumpeter on cornet – and with excellent work from Bobby Watson on alto, Rob Scheps on tenor, Onaje Allan Gumbs on piano, and John Scofield on guitar! The rhythm really romps the record into plays – Bob Hurst on bass and Victor Lewis on drums – and Don Sickler helped Hino do some of the arrangements for the group, with that strong sense of color that always made his own work of the period so wonderful. Titles include "Sweet Love Of Mine", "Bluestruck", "Hugo", "Alone Alone & Alone"- "Time Outing", "Rain Again", and "Romancero Gitano".  © 1996-2022, Dusty Groove, Inc.
(SHMCD pressing!)

Structurally Sound (with bonus tracks)
Pacific Jazz/Blue Note (Japan), 1966. New Copy
CD...$12.99 16.99 (LP...$22.99, CD...$22.99)
One of Booker Ervin's last sessions – quite different than some of his earlier work, and a great indication of the way that he was stretching his style in the years before his untimely death. The group's a committed band of modernists, and includes a young Charles Tolliver on trumpet, plus ... CD

Four (SHMCD pressing)
Blue Note (Japan), 2022. New Copy
CD...$16.99 24.99
A beautifully straightforward set from guitarist Bill Frisell – one that strips away some of the bigger concepts and shifts in instrumentation of other projects – and instead lets us focus on Bill's basic talents at the core! As you'd guess from the title and cover, the album's a ... CD