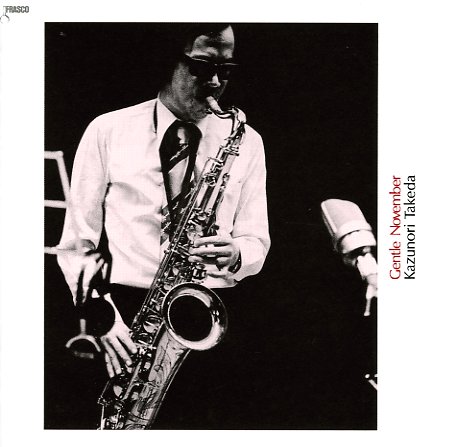 A really classic-styled tenor date from reedman Kazunori Takeda – a session that has the Japanese player working with trio backing from pianist Yosuke Yamashita, who also produced the record as well! Yamashita's got a very inside approach here – laidback, and late nite – which is a perfect match for the mellow, soulful tones of Takeda's tenor – a horn that we really haven't heard at all on other records, but which is a real delight here! The album's got a richness that's undeniable – a classic American tenor ballad approach, but with a slightly fresher Japanese 70s twist – and titles include "Soul Trane", "Theme For Ernie", "Aisha", "Old Days", and "Little Dream".  © 1996-2022, Dusty Groove, Inc.