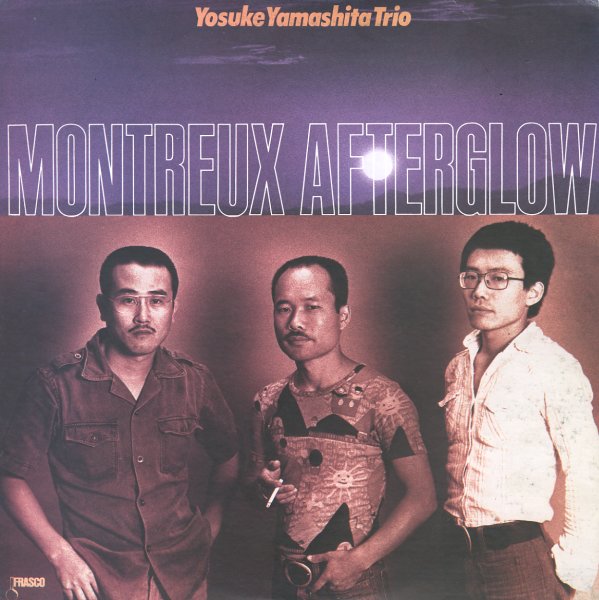 Afterglow is a bit of a strange word to use in the title here – as it implies that the main even is long over, and things are getting mellow – when it's clear that the trio of Yosuke Yamashita are just beginning to set things on fire! The set begins with a mindblowing side-long version of Albert Ayler's classic "Ghosts" – using the tune with even more freewheeling improvisation than Ayler himself might have done back in the day – while Yosuke goes completely mad on piano, and tears up all 88 keys with an amazing sense of energy – matched by richly soulful blowing from Akira Sakata on alto, and equally great drums from Shohota Koyama. An original tune follows, the great "Banslikana" – also a side long, and with a hauntingly lyrical quality in the main theme, which is again exploded by the performance.  © 1996-2023, Dusty Groove, Inc.
(SHMCD pressing!)