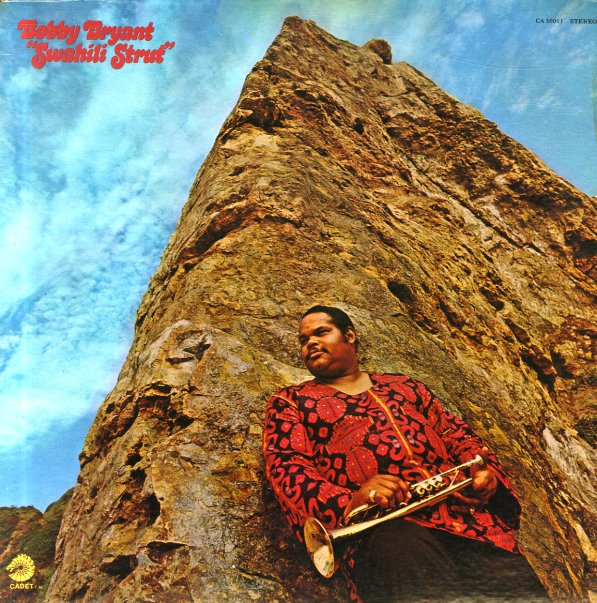 An excellent bit of funky stuff from LA trumpeter Bobby Bryant. The set was recorded for Cadet in LA, features tight arangements by Bryant, and a lot of nice long cuts that have a bit more of a groove than some of his other recordings (although most of them are pretty great). Tracks include "Swahili Strut", "Prayer For Peace", "Kriss Kross", and "Nite Crawlers".  © 1996-2021, Dusty Groove, Inc.
(White label flat-edge promo. Cover has a cutout hole.)

Magnetic Feel
Cadet, 1975. Very Good+
LP...$18.99
A very groovy 70s set from the mighty Jack McDuff – one that has him taking a bit of a Charles Earland turn, as he adds in some other keyboards to his work on Hammond – including some nice bits on Fender Rhode and moog! George Benson plays a fair bit of guitar solos on the set, and the ... LP, Vinyl record album

Playin' For Keeps
Cadet, 1966. Very Good+
LP...$14.99
Tremendous work from an alto player with a very unique conception – a player who was unlike Charlie Parker, Sonny Stitt, or some of his precursors on the instrument – and instead really took off in bold new directions, like Lou Donaldson or fellow Chicagoan Sonny Cox in the mid 60s! ... LP, Vinyl record album