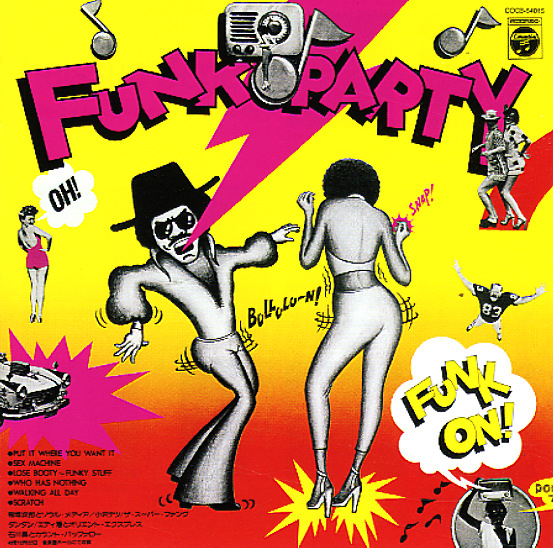 A heavy funk party from the Japanese jazz scene of the 70s – and a set that hits a lot harder than some of the smoother fusion of the time! There's a grit here that hearkens back to some of the best American jazz funk at the start of the decade – a nice edge that you often don't find in Japanese recordings of this vintage – which is clearly inspired by the American soul scene of the time – as evidence in the weird-looking cover, and in the album's choice of tracks! The notes are in Japanese, which makes it a bit hard to tell what's going on – but the whole thing feels like a live performance, with supposedly different Japanese groups taking the lead – and some calls on the tunes that almost give the whole thing an Osaka Monaurail feel! Titles include "Put It Where You Want It" by Jiro Inagaki & Soul Media, "I Who Have Nothing" by Tan Tan, "Walking All Day" by Eddie Ban & Orient Express, "Sex Machine" by Ozawa Tetsu, and "Scratch" by Akira Ishikawa & Count Buffalo.  © 1996-2022, Dusty Groove, Inc.
(Special Japan Record Day Release!)