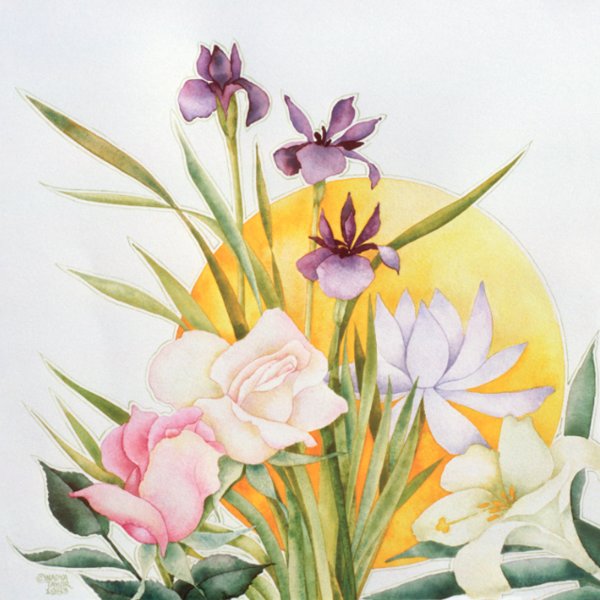 One of the most obscure albums ever recorded by the great Robbie Basho – a set originally came out only on cassette, on Basho's own label – at a time when he was even farther from the limelight than in his underground years on Takoma Records! The sound here is a further flowering of those spiritual modes that Robbie unlocked on a few key albums in the early 70s – a moment when he became as confident in his vocalizations as he was in his guitar work – and brought both together with a beautifully glowing sense of identity that's completely without reference amongst both the acoustic guitar underground, and the older folk scene. There's a sense of fragile beauty throughout the record – and titles include "The Golden Medallion", "Land Of Our Fathers", "El Cid", "Song Of Leila", "Tears Of Teresa", "Blues From Lebanon", "The Polish Rider", and "The White Swallow".  © 1996-2022, Dusty Groove, Inc.
(First time on vinyl!)