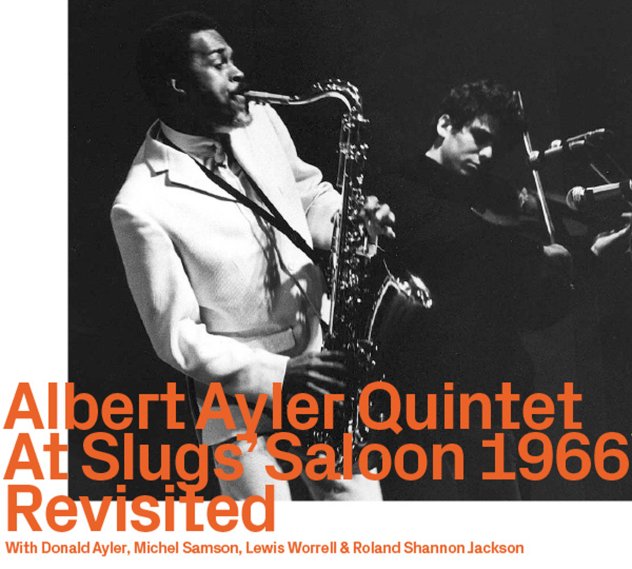 Legendary recordings from Albert Ayler's 1966 ESP set at Slugs Nightclub – located in his home turf of the East Village, a very fervent setting for avant jazz at the time! The material has a feel that's a lot like Ayler's studio recordings for ESP, but the tracks are longer overall, and feature a bit more interplay between the group members at times – individual solo space that's occasionally a bit more pronounced, running back into some tighter energies from the rest of the group. Ayler's blowing with a lineup that includes his brother Donald Ayler on trumpet, Lewis Worrell on bass, Michel Sampson on violin, and a very young Ronald Shannon Jackson on drums and percussion – and titles include "Truth Is Marching On", "Bells", "Ghosts", "Initiation", and "Our Prayer".  © 1996-2022, Dusty Groove, Inc.

Esoteric
Hat Hut/Corbett vs. Dempsey, 1979. New Copy Gatefold
CD...$12.99 15.99
Percussionist Phillip Wilson's got his name on the cover, but the set's a very collaborative outing with trumpeter Olu Dara – recorded in Paris by Jef Gilson with a very free-thinking, open style that bridges both American and European modes of free jazz at the time! Wilson plays both a ... CD