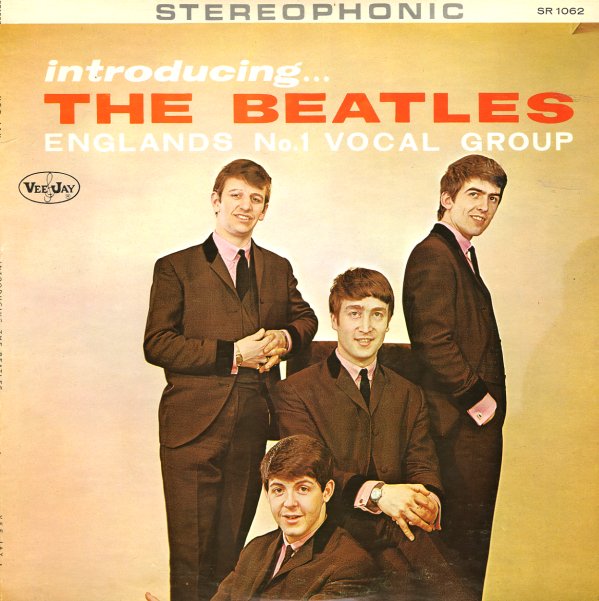 A very unusual early moment for The Beatles – a record issued in the US not on Capitol, but on the Chicago soul imprint Vee Jay Records – a company who reportedly took the group on as a favor to EMI, because they wanted to release a set by Frank Ifeld!  © 1996-2022, Dusty Groove, Inc.
(CDr pressing with printed artwork and label.)

Songs, Pictures & Stories Of The Fabulous Beatles (aka Introducing The Beatles) (CDr pressing)
Vee Jay, Early 60s. Used
CD...$14.99
An overstuffed album of early greatness – served up in a special edition 3/4 gatefold cover! The tunes are a mix of Lennon/McCartney originals and American soul and rock numbers that are reinterpreted wonderfully by the group – in ways that perfectly show why, unlike most of their ... CD