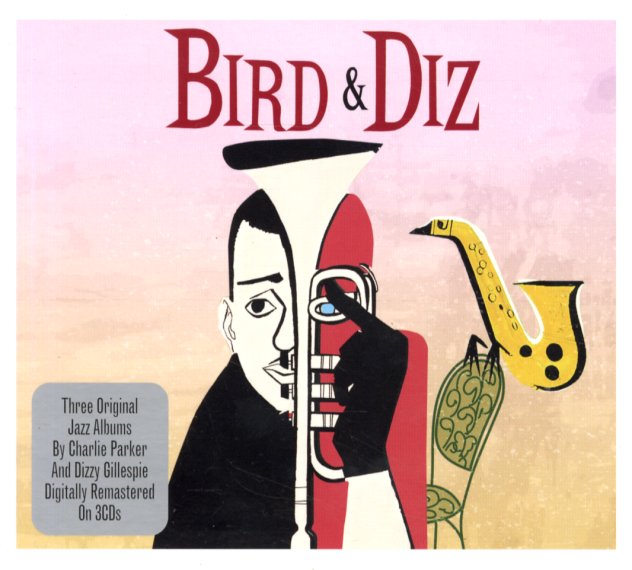 3 albums on 3 CDs. First is Bird & Diz – a classic meeting of two giants from the early years of bop – altoist Charlie Parker and trumpeter Dizzy Gillespie – brought together here in a session that Norman Granz would later list as one of the truest realizations of his vision for recording jazz music! Parker's sharp lines are a great contrast to the robust horn work of Diz – and the players work here with a rhythm section that features Thelonious Monk on piano, Curley Russell on bass, and Buddy Rich on drums. Titles include "Relaxin With Lee", "Leap Frog", "Oscar For Treadwell", and "Mohawk". Next is Jazz At Massey Hall – a legendary concert recorded at Massey Hall in Toronto, with a previously-unmatched quintet of superstar bop players: Charlie Parker on alto, Dizzy Gillespie on trumpet, Bud Powell on piano, Charles Mingus on bass, and Max Roach on drums. The quintet runs down "Perdido", "Salt Peanuts", "All The Things You Are", "Wee", "Hot House" and "A Night In Tunisia". Also included is Diz 'N' Bird In Concert – not the famous Verve Records pairing of Dizzy Gillespie and Charlie Parker – but instead a more obscure live date from 1947, but one that really lets you hear the genius that happens when both players take the stage! The tunes have this approach that really hits at the most creative side of bop at the time – maybe even more open, expressive, and filled with larger ideas than some of the early singles that were coming out in 1947 – in a way that makes the whole thing a really important document of the complexity that was in the music, right from the start. The pair really stretch out on a fantastic two part reading of "Night In Tunisia (parts 1 & 2)", then soar through "Groovin High (parts 1 & 2)", "Confirmation", and "Dizzy Atmosphere". The second half of the set features some more live material, but just with Dizzy Gillespie in the lead, from 1953 – with Bill Graham on alto and baritone, plus a bit of vocals from Joe Carroll. Titles include "Swing Low Sweet Cadillac" and "Tin Tin Deo".  © 1996-2023, Dusty Groove, Inc.