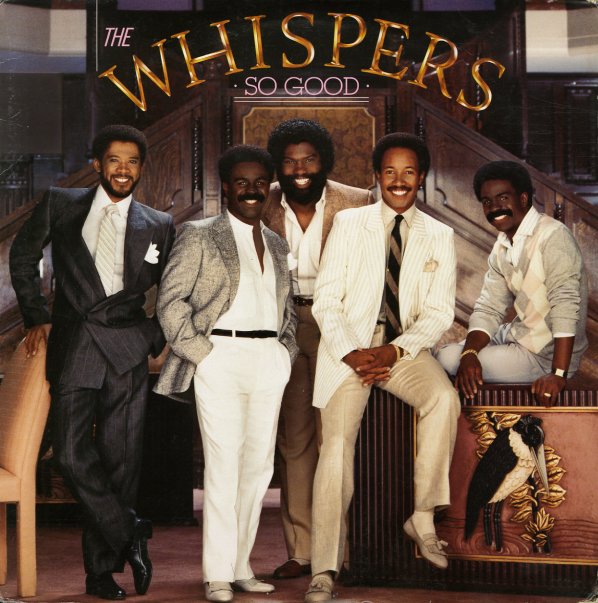 Soaring uptempo soul from The Whispers – still going strong with the Solar sound well into the 80s – and stepping out here in a real hit-making style! The vocals are great, the grooves are solid – and there's a snapping, rhythmic feel to the first side – which is billed as the "Dancin" side, and done in a very 80s groove mode! Side two is named the "Romancin" side – and as such, has a slightly mellower feel – still some beats on the bottom, but mostly in a gentler way that really lets the harmonies take over. Titles include "On Impact", "Contagious", "Suddenly", "Don't Keep Me Waiting", "Sweet Sensation", "Never Too Late", "Are You Going My Way", and "Some Kinda Lover".  © 1996-2021, Dusty Groove, Inc.
(Cover has some ring and edge wear, with some clear tape remnants at the spine.)

Your Piece Of The Rock
Solar, 1979. Very Good+
LP...$7.99
Snapping grooves with a nice sort of electro undercurrent –- all the handiwork of Leon Sylvers, who also plays bass and drums on the record – and really helps Dynasty find their groove! The tracks here are all quite long, and offer up plenty of space for the players to jam nicely ... LP, Vinyl record album

Power
Solar, 1987. Sealed
LP...$9.99
Later Solar Records material from Lakeside, but a set that still shows the group adapting nicely to the world of 80s groove! Titles include "Love I Can Bank On", "To Be Your Lover", "Power", "Bullseye","Still Feeling Good", "Sensations", ... LP, Vinyl record album

Look
Solar, 1983. Near Mint-
LP...$9.99
One of the best from the point when Shalamar could still serve things up with the best – a lean, mean, pop-focused approach to 80s groove that's produced with some razor-sharp edges by Leon Sylvers. Howard Hewett's lead vocals have a lightness that really works well with the mix of keyboards ... LP, Vinyl record album

John Morales Presents Teena Marie – Love Songs & Funky Beats – Remixed With Loving Devotion
BBE (UK), Late 70s/1980s. Sealed 3LP Gatefold
LP...$49.99 (LP...$54.99)
The legend of Teena Marie lives again, and in a really beautiful way – as John Morales serves up tunes that work together almost as a tribute to the memory of the lady – with these really fresh versions that seem to add a lot of majesty to the sound as well! These aren't easy remixes ... LP, Vinyl record album

Cashmere
Philly World, 1985. Near Mint-
LP...$7.99
Late Philly Soul from Cashmere – who get some great production help here from Bobby Eli, Bunny Sigler, and Ron Dean Miller – all in a snapping 80s groove, but with some really warm touches! There's a softer feel to the vocals than you might hear in other groups of this nature – ... LP, Vinyl record album