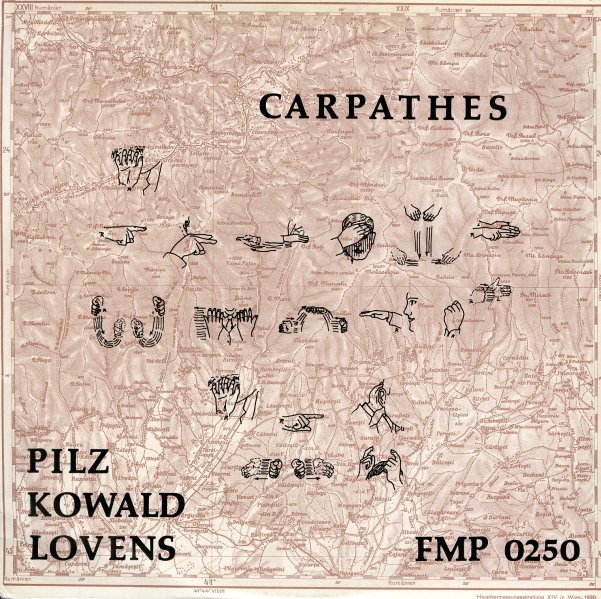 A fantastic showcase for the reed work of Michel Pilz – playing bass clarinet here in a killer FMP trio with Peter Kowald on bass and Paul Lovens on drums! Pilz handles the instrument at a level that's unlike anyone else we can think of – especially in the historical run up to the recording of the album in 1976 – as he blows with these searing tones, often noisy and almost metallic – but with an ear for tone that's as strong as his capacity for sonic freeplay! The drums of Lovens are wonderful in the setting – and remind us a bit of his own work with electronics when things get noisy – and Kowald, as always, is a masterful member of the improvising trio – tremendously sensitive throughout. Titles include "Zythum", "Willige Billie", "Carpathes", "Inno Chica Chow", "Un Peu D'Ali", and "Krebsauel".  © 1996-2023, Dusty Groove, Inc.

3 Points & A Mountain
FMP/Cien Fuegos (Austria), 1979. New Copy (reissue)
LP...$30.99 34.99
A record that's a really nice change from the usual, especially for Peter Brotzmann – maybe more in the special sort of spirit that Misha Mengelberg can bring to some of his performances – especially when he's on the more sensitive side of the spectrum! That's definitely the case here, ... LP, Vinyl record album