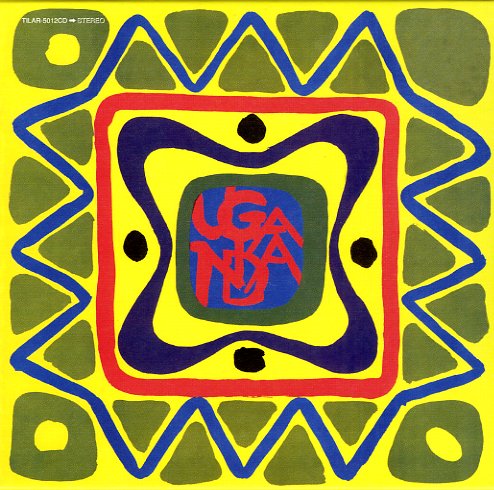 Also available
Akira Ishikawa & Count Buffalos — Uganda – Dawn Of African Rock (replica box edition) ... LP 41.99
One of the coolest records we've ever heard from Japanese drummer Akira Ishikawa – even wilder than some of his famous funk sessions of the time! The set definitely lives up to its African Rock promise – as it features lots of sparely percussive tracks that build beautifully – clearly drawing from African inspiration, in the same way that other albums by Akira drew from American funk – then also adding in some cool production and hip effects that help further some of the "rock" side of the agenda! At points, the record almost feels like a solo percussion jam – but at others, the guitars really get heavy, with a jamming intensity that's simply mindblowing. There's lots of psychedelic overtones when the guitars come in – and they make for a wicked contrast with some of the more organic, percussion-oriented moments. All tunes are nice and long, and titles include the extended break cut "Pigmy", plus "Vita", "Na Tu Penda Sana", and "Wanyamana Mapambazuko".  © 1996-2023, Dusty Groove, Inc.